Character Education Quote of the Day 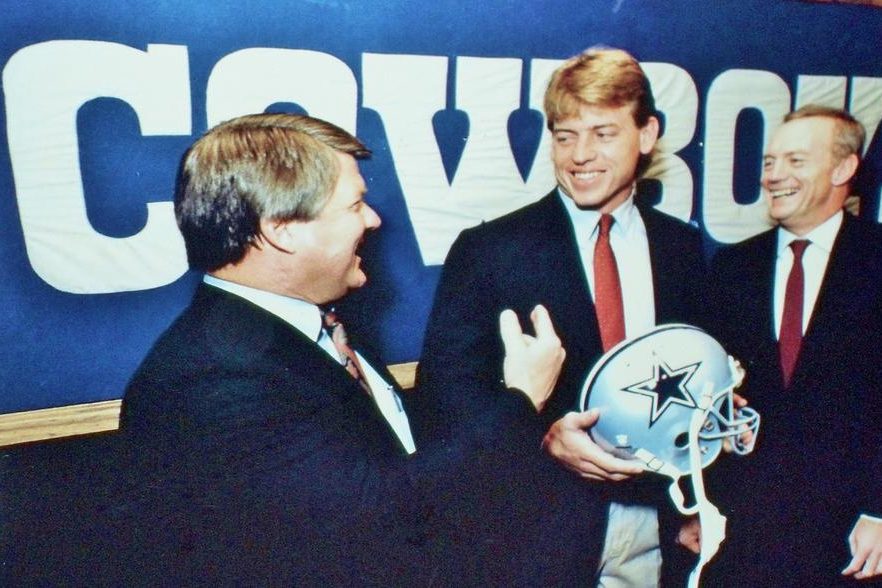 “The difference between ordinary and extraordinary is that little extra.”- Jimmy Johnson

Over the years, a few questions have guided my actions:

What do I want to accomplish in life?   What am I willing to do to get where I want to be?   How do I want to be remembered?  Today’s quote by Jimmy Johnson effectively addresses my hopeful answers to the aforementioned questions.  As you may know, Jimmy Johnson has been extremely successful in many life endeavors.  He was a standout defensive lineman at the University of Arkansas in the 1960’s, playing an integral part on the 1964 team recognized as national champions.   Upon completing his playing career, he entered the coaching profession.  After numerous successful stops as an assistant coach, he received his first head coaching job at Oklahoma State University in 1979, turning that program around during his five years at the helm.  His success at Oklahoma State created an opportunity for him to take over as head coach at The University of Miami in 1984.  In his five years with the Hurricanes, he had great success, leading his 1987 team to an undefeated season and a national championship.  In 1989, he left Miami and college football to become a head coach in the NFL, with you guessed it, my favorite team, the Dallas Cowboys.  During his first year with the Cowboys the team went 1-15.  I was a freshman in high school, and my friends made fun of me daily about loving the Cowboys.  I told them Dallas would win a Super Bowl before we graduated high school, and they laughed at me.  Well, in Jimmy Johnson’s fourth season with the team (my senior year of high school), the Dallas Cowboys did indeed win the Super Bowl by defeating the Buffalo Bills 52-17.  The following year, the Cowboys repeated as Super Bowl champions, once again defeating the Buffalo Bills 30-13, in what proved to be Coach Johnson’s last game with the team.  A few years later, he came back and served as head coach of the Miami Dolphins for four seasons, before leaving to work at Fox as an NFL analyst.

Well, now that you know a little more about Jimmy Johnson and the success he has had, let’s think back to the three questions I started the article with and use Coach Johnson’s quote to apply them to life.  What do you want to accomplish in life? Since I was a young boy, I have always hated to fail.  I truly believe that anything I do or am associated with is a reflection on me.  I used to remind my students and players to always do their best, whatever the task may be, because it is a reflection on us.  Furthermore, we are created in God’s image.  Coach Johnson’s quote refers to ordinary, which I associate with average.  God didn’t create us to be average.  He has called for us to be set apart and empowered us to be conquerors in all that we do.  To effectively address what you want to accomplish in life, I believe it’s important to set goals that are challenging, yet attainable.  As Coach Nick Saban says, when you aim at nothing, you hit nothing.  If you don’t have time to set goals, you aren’t serious about being successful.

What are you willing to do to get where you want to be?  After you have made the decision to be all that you can be, recognized how special you are, and set goals, now comes the planning and the hard work.  Setting goals are only effective when paired with good plans.  I used to tell my students and players, if they had a goal of getting stronger, but never worked out with weights, don’t abandon the goal, change the plan.  If they had a goal to make better grades, but never changed study habits or increased time spent studying, the goal was great, but the plan was ineffective.  Once you feel comfortable with your goal and have a plan in place to efficiently and effectively work toward that goal, how hard are you willing to work to reach that goal?  Are you willing to go the extra hour studying, the extra rep lifting weights, the extra hour putting together a presentation for work, stay after practice and work on skills, make those around you better, etc…?  When I think back on this portion of the quote, I reflect on my high school basketball days.  I love basketball, always have and always will.  Well, in my mind, I set a goal of wanting to be great, but, looking back, my plan to get there had some holes in it.  I spent hours upon hours shooting the basketball, which is something I did, and still do, really well.  Many of the shots, however, weren’t always at game speed, off the dribble, coming off screens, etc…  I didn’t work nearly as much on ball handling or getting stronger and faster in the weight room.  The result, I ended up a solid high school basketball player, but my game had weaknesses, some of which weren’t magnified until I moved on to play at the college level.  What’s very frustrating is that I had a guy on my own team that was doing exactly what I should have been doing.  He got to practice early; he stayed late after practice.  When you encountered him, he would be dripping in sweat.  To watch his personal workouts was a sight to behold.  He worked hard on handling the basketball, set chairs up around the court and had people passing him the ball so he could shoot it like he were coming off screens, and went full speed on everything he did.  He worked hard in the weight room.  One summer day, we decided to see who could make the most free throws out of 100.  We took turns shooting 10 at a time.  What if I told you I hit 85, but lost by 11 because he hit 96?  The end result, to this date, he is still one of the best high school basketball players I have ever seen.  He went on to have a really good college basketball career as well.  Yes, he was very talented and naturally more athletic than me, but he greatly outworked me as well.  That is no one’s fault but mine. Ultimately, I didn’t pay the price to get exactly where I wanted to be, and it still bothers me some twenty-four years after high school.

Finally, how do you want to be remembered?  When your time on this earth comes to an end, what do you want your legacy to be?  As a former history teacher, one things stands out to me:  history remembers and glorifies the great and the extraordinary, while forever questioning the ordinary, the average, and the underachieving.  Over the years, I have tried to be extraordinary in all that I do- as an educator, as a coach, as a son, as a brother, as a husband, as a parent, as a friend, as a mentor, etc…  Certainly, there have been and still are times I fail miserably in meeting each of those areas.  Hopefully, one day I will be remembered as someone who worked hard to be a winner and made a positive impact on the lives of the people I came in contact with.  Hopefully, people will say being around me uplifted them and encouraged them to make the most of life, especially in difficult times.  At the end of the day, if people can’t say that, then it’s a reflection on me.