Call of the Wild, and Other Things 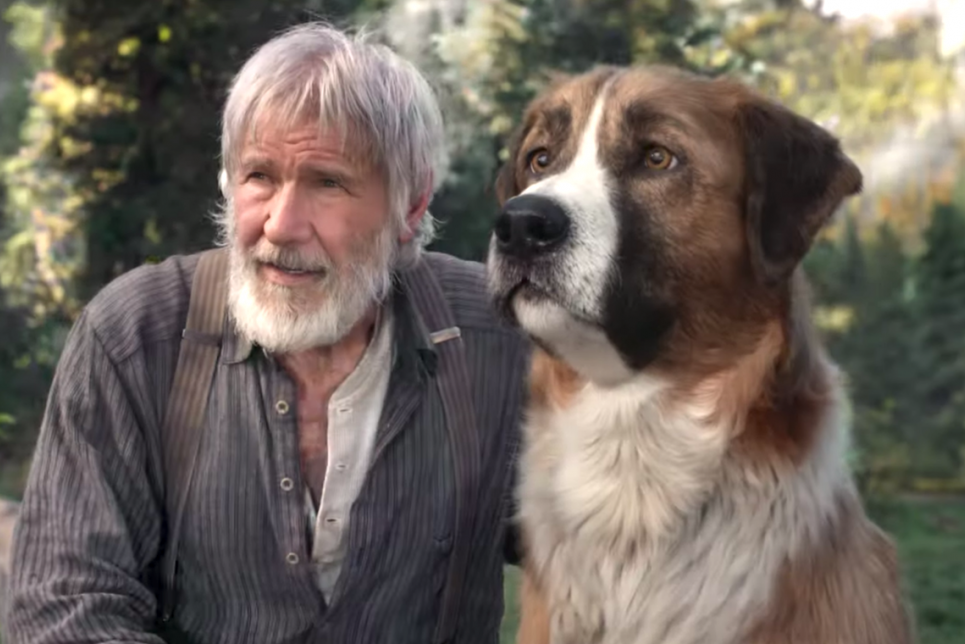 Have a seat, get a drink, lets chat.

I want to do a movie review first, but that won’t fill the column and there are some other things I want to talk on too, so this will be a little wide-ranging.

First up let’s go to the Movies.

I grew up on Jack London, Robert Heinlein, Doyle, and the like.  I’m second to no man in my appreciation for the story of “The Call of the Wild.”  Sadly, this wasn’t it.

Look, the big question I heard when they were making it, was “Will the viewers be able to accept a fully CGI main character?”

OK, the first fifteen minutes or so, Buck was pretty obviously CGI, and it did grate a little… But then you got into the movie and forgot about it mostly.  (then there was the GODS AWFUL HO gauge train set being passed off with shitty video as “the train to the boats to the Klondike.” Seriously, some stock footage from an old west movie would have been better, this was horrible.)

What I couldn’t get over was what was done to the storyline.  What that shitty hack Verhoeven did to Starship Troopers, is what this movie did to Call of the Wild.  It has most of the same character names, it takes place in the Klondike during the gold rush, and in the end, Buck gets himself a wolf as a breeding partner.  That is the sum total of similarities between Jack London’s story and this movie.

It can be caught on Netflix in a few months I am sure, and there, it will be worth watching, but don’t pay matinee prices for it.  I give it two bullets, small ones, like 22LR.

Speaking of bullets, the idiots that run my state government are at it again (still).  They have passed a new bill to the governor for signature and being the gun-grabbing, watermelon that he is I’m sure he’ll sign it. (You know what a watermelon is, right? That’s something that’s green on the outside, and communist red on the inside, provides no nutritional value…)

It seems that we are about to have a state office of “Firearms Safety and Violence prevention”.  The Sponsor of this disaster claims that what this bill is about is “understanding where violence occurs in our communities, and how we can intervene to best address it.”  The supporters of this bill claim that “Gun Violence” needs to be treated as a “health issue”. Nancy Belcher, CEO of the King County Medical Society stated that “Firearm injury is a disease, just like any other.”

Ok, Nancy, I’ll be needing your license to practice medicine because you obviously failed medical terminology 101.

Injury: noun, plural in·ju·ries. Harm or damage that is done or sustained: to escape without injury. A particular form or instance of harm: an injury to one’s shoulder; an injury to one’s pride. Wrong or injustice done or suffered. Law. Any wrong or violation of the rights, property, reputation, etc., of another for which legal action to recover damages, may be made. Obsolete. injurious speech; calumny.

Disease: noun: A disordered or incorrectly functioning organ, part, structure, or system of the body resulting from the effect of genetic or developmental errors, infection, poisons, nutritional deficiency or imbalance, toxicity, or unfavorable environmental factors; illness; sickness; ailment. Any abnormal condition in a plant that interferes with its vital physiological processes, caused by pathogenic microorganisms, parasites, unfavorable environmental, genetic, or nutritional factors, etc. any harmful, depraved, or morbid condition, as of the mind or society:His fascination with executions is a disease. Decomposition of a material under special circumstances: tin disease.

They mean different things, Nancy… Oh but wait, you don’t have a medical degree, do you?

When I look you up on LinkedIn, it seems that you’re a professional lobbyist type, who runs NGO and Government type organizations for political purposes for a living… Oh, well that starts to make things clearer…

Gosh, when people like this are front men for this thing, I can’t imagine WHY <sarcasm> people might think this is a political stunt to get the government to fund anti-firearm propaganda…

Ya know, the problem with the internet and social media, is that it’s very easy to look behind the curtain.

People like Nancy have to say what they do, and how they can get your organization listened to, and funded… So, if you can translate the MBA speak, you can quickly figure out what’s going on… and they need to do this because they’re always looking for the next gig, the next job when the bottom falls out of the one they’re in.  But that means that it’s easy to identify them for what they are.

Sadly, there are very few people that bother to find out.  They see pretty words like “King County Medical Society” and figure that “this is the local Doctors organization”.  Nope.

And that’s where I and other malcontents come in.  We peer behind the curtain and tell you there’s just some little nebbish pulling levers, there’s no Great and Powerful OZ.

But listening to us isn’t enough, I do this sort of thing once a week and occasionally a “special” when I get my German up.  Learn to do it for yourself. Trust no one source, check it out. Everyone has an angle (including yours surly, I want to be left ruthlessly alone).

Ask the question, and then ask the next one. When you get to the fifth or sixth ‘why’ you may have found the truth.