Budgets and Procurement. How Not to Do It. 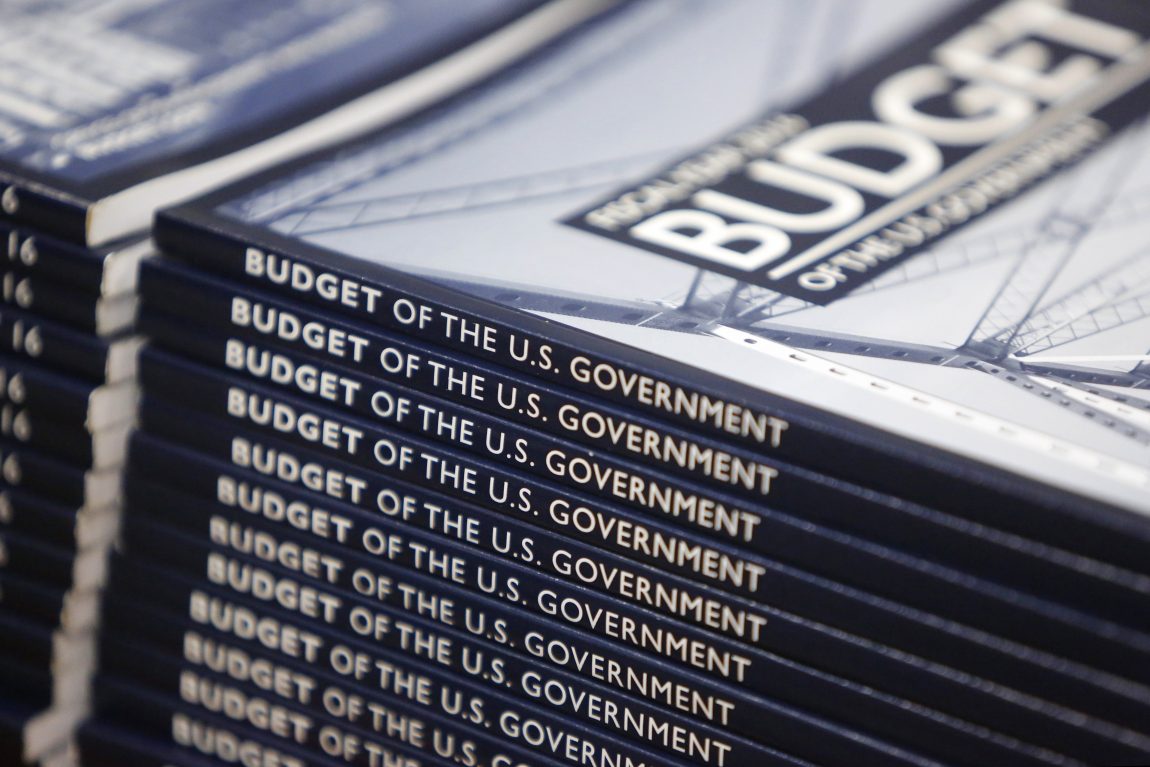 Mr. President, Honorable Members of the Senate and House, (Gods that was hard to get out without a sneer in my voice) and other Honored guests, welcome to the Scuttlebutt. Please have a seat, we need to talk.

Allow this old sailor to explain a few things to you. Now I understand that many of our rules on spending and funding are created because of past excesses or because someone did something stupid.  That said, Ladies and gentlemen, yes and the rest of you too, the way we do budgeting and funding in the government is about as smart as a screen door on a submarine. I sailed and fix submarines, I know how dumb that is, and I am telling you how we do money for the government is stupider still!

Now the first thing, sort of goes without saying.  Look, in my everyday job (as opposed to my writing gigs) I am a supervisor.  That means my number one and two jobs are to:

1) Keep my people safe, and

2) make sure they are paid for being here.

Mr. and Ms. Congressman, that is your first and second jobs as well!  You really SUCK at it! You have, at the time I write this, 13 calendar days left to pass a budget.  You are nowhere NEAR getting one done. WHAT THE FUCK is your major malfunction? You cannot do your PRIMARY JOB.  Every year you idiots do the same thing, and the vast majority of the past two decades you never did manage to pass one, and instead, do the “continuing resolution” thing.

If I did my job like that, I would wind up fired.  Frankly, every single one of you, from both parties should get your walking papers over this.  Do you realize that your approval rating is at 17%? Hell, Heroin is more popular than you are!  AIDS is more popular!

Passing a budget is only half the battle though.  Let me walk you through the spending picture of a typical office (military or civilian) for a typical budget, in the US government, and we will see why we simply must do better.

October 1: start of the New Year (fiscal).  In theory, we should have money now! This is payday!  The first quarter’s funds are here!

No, they are not.  Congress dragged their feet again, and either we don’t have a budget agreement at all, or we have a continuing resolution that they are still arguing over, and the money is not in the account.  Hope you don’t need anything right now to keep your work going!

October 15th or so.  OK, now we actually have the money maybe… that means we can ORDER things.  That does not mean we can get them. Oh no, we can put in an order, which will take a couple of days, and then wait for the vendor to provide the stuff, which can be anywhere from a couple days to MONTHS, but this is when we buy all the stuff we’ve needed for the last two months and couldn’t get…(see August tenth later this year.) The vendor usually is not in any hurry to get stuff to us, because we are known “slow payers”.  When people don’t want to sell to the government because they don’t get paid on time? Yeah, something’s broke.

End of November. Starting to run low on funds probably, because we spent all the first quarter’s funds on stuff we needed in late September and through the next two months.  But we have enough to coast, hell maybe we even have a little leftover.

December through July… Pretty much, work as usual. Some things we can’t afford, some things we have to pay more for because if you’re the government, you can’t buy a wrench on Amazon, you don’t know who made it, it might be from China! So instead, you have to go from a place that guarantees your wrench is American made, even if they want twice as much for it, and it takes twice as long to get to you.

Late July. OK, folks, we still have some money, make me a list of everything you wanted all year that we couldn’t buy for whatever reason… because if we still have money at the end of the year, they’ll take it away from us, and cut our budget next year! SPEND damn it!

August first. You got that list yet??? If not, don’t bother I’m no longer taking them.

August 30th. What do you mean you need some things because something broke?  Didn’t you know that something was going to be broke when we had money? Why didn’t you buy it then?  Oh, you tried to buy a spare, but it was shot down because you had one working and spares aren’t authorized?  Damn, that sucks. Sorry, let us see if anyone has money.

September 10th.  No one has any money; everyone has broken stuff that needs to be replaced, but the money you had in a rainy-day fund got robbed by “upper” because someone more important needed a thing.  Hey, don’t worry little camper, you only have twenty days left before we have money again. You can continue to work with no funds for 20 days surely. I hope nothing breaks.

And we’re back to October 1.

I’ve seen this cycle for 39 years.  No one wants to have money left at the end of the year, because then your budget is cut.  As a result, you want to spend all of your money by mid or late July, and that way you can make the case for a bigger budget next year… Oh, and if you need something last minute, we can probably take money from someone else that did not get all of theirs spent in time!

Shit always breaks in mid to late August or in September that we can’t do anything about, because while it was SURE that something would break, we couldn’t know WHAT, so we couldn’t buy parts for it… and everyone else was trying to spend their budget for the same reason, so… when stuff breaks everyone is out of funds.

Now, what’s wrong with this way of doing things? After all, it’s how we’ve been doing things for the last fifty years… What’s wrong? Everything.

Look, we penalize units that are frugal by taking away their funding, either for other units within the same organization or by shorting their funding on later years. We give no incentive to spend smart because you CANNOT SAVE MONEY!  At the end of the year, the money disappears as if it were Cinderella’s carriage.

Now let us talk about “The Lehman Plan”™. In my perfect world, first, the closeout of the old year happens one month after the start of the New Year.  That way you’re not driven to close out the books before you have money again. If you have money at the end of the year in your line-item budget, that money goes into a “large items” account, where it can be rolled over for up to five years, in a rolling calendar.

That new widget you want to get to make your job easier, the one that costs so much the SES would have to approve a separate line item for it?  No problem, you can save for it. If you haven’t spent the money in five years, it rolls up to the next level of management, for them to reallocate.  If you have a surplus for ten years running, then we cut your budget by 50% of the excess. Oh, and if you’re the owner of a line-item budget, and you come in under, without harming your productivity, you and your troops get a bonus, let’s say 10% of the excess, distributed among the force.  Let us encourage thrift! If you borrow from another line item holder with FY19 money, you pay them back immediately when the FY 20 money hits.

Now along with this, we need to give the teeth to lower levels to go after contractors that screw the Government.  Some of these guys just don’t get that by screwing the government, they are in effect putting it up their own backside as taxpayers… So let the organization, at the line item level, take action (lawsuit, warranty claim, whatever) against the group that shorted, provided unacceptable quality, or otherwise fucked over a government organization.  Right now, it takes five-plus years to resolve such a thing, that’s ridiculous!

While we’re at it, the very idea that the richest government in history is considered by most vendors to be a “late pay- slow pay” is also ridiculous!  What the fuck people? We can and must do better than this. We’ve made it so damn hard to do business with us that most people don’t want to, (see below).

And finally, if you lose a contract suit against the government, no more “my bankruptcy! Oh, we’ve reorganized and changed our name” (translation everyone in the board shifted one slot left, first VP becomes president, president becomes secretary, and so on…and they change the name from ABC manufacturing (apologies if there is such a firm) to BCA manufacturing) If you lose a contract suit, you personally Mr. Board member, are blackballed. We cannot buy from any vendor that has you on the board at all for ten years.  You literally will never work in this town again! That goes for the entire Board. Hit the bastards on their bottom line, and PUBLISH IT! Let everyone else in the industry know that these people are so messed up the government won’t buy from them.

Look, in the international market that now exists, the US government is no longer the 800LB gorilla in the room on most things.  Oh, we still have the whip hand on weapons and some other technology… but on things like IT, or power generation, submerged cable manufacturing, fiber optics…. We’re not even in the top 5.  If it’s too hard to deal with us, companies are opting to NOT. So just saying, “We won’t buy from you” isn’t enough… We need to say, “We won’t buy from these guys, because they didn’t make us the stuff they promised, the quality was not what was contracted for, and they refused to work with us!  You deal with them at your own risk!”

What generated this diatribe you ask?  I have a huge “Grand Opening” of a project that I’m responsible for coming up on September 30th.  In the 5000+ line items we bought for this project, we missed a few, and a few got shorted, sometimes because some yutz in DLA decided that “you don’t really need that many of this, no one uses that many of this”, sometimes because the company that was supposed to provide shorted the order.  Due to the lack of funding, (end of the FY) and the Byzantine ways that we do purchasing, I went out into town and bought some stuff out of my wallet so that everything would come off right. Now it’s not much, and I can afford it, but it pissed me off that our system is so messed up that I needed to. So, this is my rant.