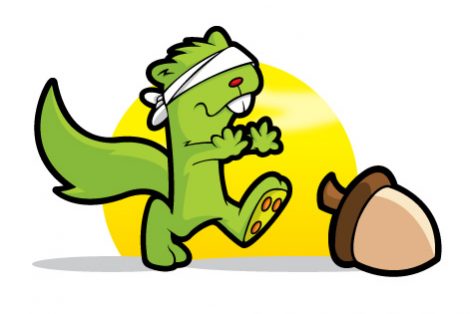 Welcome back to the Scuttlebutt.
Hey, pull up a seat.  My Dad used to say: “even a blind squirrel finds an acorn now and then.”  Well, it appears he was right.  So, let’s talk about a couple of those.

Those of you that are regulars here know that the NYT is one of my favorite whipping boys… Not because I particularly dislike them (I don’t care about them enough to dislike them; I reserve dislike for things that matter.) but because they’re such an easy target.

Still, Bret Stephens, one of the regulars at that poor excuse for a fish wrapper actually got it fairly right today, so in the interest of fair play, I must give him props.

The piece was called “The Encroachment of the Unsayable” and in it, he discusses a speech given by George Packer called “The Enemies of Writing”.  Mr. Hitchens discussed, and Mr. Stephens elaborated on, the way that the left has made uncomfortable or controversial ideas “unsayable.”  He goes on to discuss how the left has attacked the writer and the publisher for saying things that upset people like the Ayatollah Khomeini…

He wrote of how supporting free speech, like the French Teacher who was beheaded last week by a Chechen refugee for showing his students caricatures of Muhamad as part of a lesson on free speech did… Now earns you the reaction from the left of “well, but you know, if he hadn’t done something to make them mad… Really, he sort of asked for it…” That’s a lot like saying “well with what she was wearing, she was looking to be raped.”

He of course equates all of journalism and artistic endeavors with liberalism, a position I dispute unless we are speaking of Jeffersonian liberalism, a concept that has been lost in this country since Woodrow Wilson put a stake through its heart… But I digress.  Never the less, he hits it on the head with a paraphrase of Packer that this behavior slowly turns writers, editors, and publishers into cowards.

Now I would say that it only turns liberal ones into cowards, and Mr. Stephens, welcome to the right-wing, but… YES, Mr. Stephens, it does make your employer and their associates the sort of appeasing surrender monkeys that created such things as “peace in our time”. (if you don’t recognize the quote, go look it up, and give me an essay on the failures of Chamberlin’s policies.)

His final conclusion is so wrong as to be laughable:

“When I say “we”, I don’t mean normal people who haven’t been trained in the art of never saying what they really think. I mean those of us that are supposed to be gatekeepers of what was once a robust and confident liberal culture that believed in the value of clear expression and bold argument.  This is a culture that has been losing its nerve for 30 years. And as we go so does the rest of democracy.”

See, first off, your little echo chamber is NOT the whole of art and writing, it’s becoming, in fact, more and more of an inbred backwater, and more irrelevant by the day… which might explain why your papers are cutting staff and losing readership faster than a high school girl losing clothing on prom night. (it’s worth noting here that my local fish wrapper the Seattle Times only really reports on very local items, the rest of the paper, about 80% or so, is direct copy from the NYT, and the Washington Post.) I know that running other papers copy is a fine tradition, but damn…

Literally, every article (Ok, I saw ONE from “AP”) that is not local to within 30 miles of Seattle, is from one of those two sources.  Surely someone else is writing articles? But, we’re back to the inbred echo chamber comment.

Second, we don’t need, or WANT “gatekeepers”.  Gatekeepers, people or organizations that define what you get to see, what you get to know, what you should THINK, are and should be, anathema to free speech and a free people.

And finally, don’t flatter yourself that you are the pillars upon which democracy rests.  You and your gang of “gatekeepers” deciding what should be said, and what must not be said have more in common with Pravda and Dr. Gobels than they do with, oh say; Poor Richards Almanac.

So, Stephens, you’ve identified the problem, in your own jaundiced way anyhow, now, WHAT ARE YOU GOING TO DO ABOUT IT?

On to better topics, even if briefly.

Let’s talk about Nuclear Power.  I’m more than pleased to see some actual movement on this front.  Look, if you really believe that “fossil fuels are going to kill us all” and you have half a brain, (probably impossible, but…) you need to understand that unless we have a major kill off of humanity, or we all want to revert to 1600s tech (not 1700s or 1800s, the pollution we were dumping into the air during the hight of the industrial revolution on a pound per man basis makes modern pollution pale by comparison.) we NEED Nukes. The Blind Squirrels of “no nukes” have been killing the programs for too long.

There just isn’t enough wind and solar. Even if we could make them 100% efficient, (and Sir Isaac Newton laughs bitterly) there just isn’t enough.  Nukes are by FAR the greenest tech out there.  They don’t need Rare Earths, like your wind and solar (which are HORRIBLY pollutive, and not, as a rule recyclable.) their energy generation per square meter of land used is astronomically better, hell, they don’t even threaten the damn salmon, as dams do.

So, all that said, the US Department of Energy (DOE) has awarded TerraPower, and X-energy 160 million bucks in initial funding under the Advanced Reactor Demonstration Program (ARDP).  Each gets half that sum, to build demonstration plants, to be operational within seven years.

These plants are actual, licensed for commercial operations Nuke plants, feeding the grid!  This is not some little single pile in the desert, run by a university, and used as a plaything, these will be real power plants, feeding the real world.  One single plant, and the other a four-reactor plant. Each of them will be using new, more efficient, designs.

TerraPower has teamed up with GE-Hitachi to use a Natrium Sodium cooled fast reactor. While X-energy is using a Se-100 high-temperature gas-cooled breeder reactor. (means it makes fuel while generating energy).  Both of these work at FAR higher temperatures than old school reactors, which means they can generate significantly more energy per ton of powerplant.  They also are capable of using the waste heat to run other operations like desalinization, a very valuable thing in places like California. (one could also use that heat to cleanly incinerate waste in ways that don’t dump carbon into the atmosphere, or power gasification plants, or…)  It’s worth noting that Bill Gates is the chair of TerraPower, and the X-energy reactor is currently undergoing licensing by the Canadian Nuclear Safety Commission.

The big takeaways on this are that 1) they are the first truly new power plant designs for commercial electrical generation in this nation in about forty years, (reason enough to cheer) and 2) They are small modular plants that can be located just about anywhere, not requiring the enormous cooling towers and other sprawling structures of the old school pressurized water plants.  This may be a real game-changer, allowing places that have lots of land lying fallow and cheap (be it Kansas, or Sub-Saharan Africa) to bring heavy industry, or just server farms (which draw a LOT of electricity, and I mean foundry levels).  This translates into REAL “living wage jobs”.  Not stuff that should be learner McJobs, that some slack-jawed stoner demands more pay than it’s worth, but actual technical jobs WORTH paying well for.

I’m probably going to be “dark” next week because it’s Deer and Elk season around here, and I can hear the mountains calling me to come up and try to put some meat in the freezer, so you probably won’t hear from me until after the election.  In the meantime VOTE.  Vote like your life, your fortune, and your sacred honor depends on it. Because it does.