Before You Tear It Down… 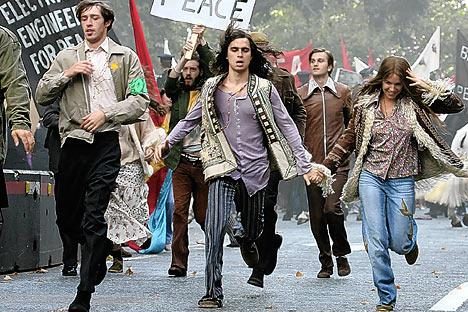 Morning all, welcome back to the scuttlebutt.  Pull up a chair and let’s talk.

Another mass shooting, at a school, another mental health issue, and another semiauto weapon.  More screaming from the left that we revise the outmoded and antique constitution, and get rid of the second amendment.

More screaming from the right, that it wouldn’t solve anything, that the gun is not the issue, that mental health is the issue.

Well, mental health may be part of it, hell it’s a large part of it.  But it’s a symptom not the disease.

Shooting up a school isn’t something new, it happened back in 1966.  The psycho that did it, got up in a clock tower, and started picking people off, after killing his mother and his wife with a knife, and coming to the University of Texas, shot and killed 3 people at the base of the tower, then climbed to the top of the tower and started shooting anything that moved.

That part of the experience is similar to what we still see, but here’s the difference: He managed to kill all the rest of his victims in the first 20 minutes of the 96-minute ordeal.  That’s how long it took for the students, and faculty to arm up, and start returning fire.  From the point at which bystanders (which is to say, society) became armed opponents, he never killed again, and almost no one got wounded after this point either.  Oh by the way, he did this with a bolt action three round magazine hunting rifle.

I don’t remember this, I was about 4.  I surely don’t remember the biggest mass murder at an American school, because it happened in 1927.  No, it wasn’t a gun.  Dynamite.   A shitload of it. This was the deadliest school killing in our history.

Take a look at something there… between 1927 and 1966 there was one mass school shooting, Pasadena 1940. (it was a school teacher who had been fired, the folks he shot were all school employees.)  In the aftermath of Texas, there was one more school shooting in ’66, a kid that admired the Texas shooter (used a pistol).  There was a race riot shooting in a university in South Carolina in ’68, the police shot up a bunch of peace protesters in a college in ’70 (I don’t think this counts as a “school mass shooting”, but we’ll throw it in there) ’71 in Spokane WA at a college (again a hunting rifle) in ’74 in New York, a high school honor student took his hunting rifle and killed 3, wounded 11.  There was one more each in ’76 and ’77 (I should mention here, I’m counting as a mass shooting anything with more than 5 total victims killed or wounded) one in ‘79 Then you have to go to 1984, which by the way was also the first use of an AR in a shooting, kid sat in his house and shot people coming out of the school.  The only two that he killed, he used a shotgun on, not the AR.  One in ’85 (shotgun, no one killed, several kids had gotten in a fight with this kid, who went home and got a shotgun…)  In ’86, a former town marshal took hostages in a school, and wounded 74 killing 2. 2 in ’88, 1 in ’89.  Three in ’92, one in ’94, one in ’97, two in ’98 and from ’98 on there was at least one every year, most years two or more.

“So what’s your point old man?” is that what I heard from the peanut gallery?  Well, I have a couple.

First, fully automatic firearms were available to the general public until 1968.  Through the MAIL.  Yes, that’s right, you could send $96.99 to Brownells or someone and they would mail you a Thompson Submachine gun, a Browning automatic rifle (they cost a bit more), or any German, Italian, or Soviet full auto firearm, from the Second World War or after.  Hell, the Thompson JUST missed WW 1, and the BAR didn’t…  So, in spite of the availability of Full auto weapons, the VAST majority of these shootings were pistols or bolt action hunting rifles.  There have been about 3 AR involved school shootings.  You know? The rifle that was invented in 1954, that is NOT full auto?

Second, note how the shootings take off in the ‘70s and later.  Now I went to school in the ‘70s, and I honestly don’t remember these shootings.  They didn’t make the national news, they were not a big thing to talk about or worry about. Most of the cars in the high school parking lot had shot guns or rifles in them during hunting season, and no one batted an eye.  If you got a nice new gun for Christmas, it was liable to come out of your car after school to show to the wrestling coach, who happened to be a hunter and gun nut. (he was also the history teacher)

I will say that I grew up in the Midwest, which was the last place affected by this disease.  We had fights in school, shit I must have gotten suspended ten times during my school days, most all of them for fighting.  Almost all the boys in school had pocket knives in their pocket, you just weren’t dressed without a knife.  No one got cut, no one got stabbed, NO ONE got shot.

Then came Columbine, and suddenly this sort of thing happens everywhere, and everyone is scared of it happening to their family.  What happened?

Here’s a hint: In the 60s a group of radicals spent an extreme amount of time and effort destroying the “outdated morals” of society. They were successful. The trouble is, they didn’t stop to think of what needed to be put in place instead. They were barbarians inside the gates.

Well, here we are 50 years later, they were successful. They tore away all the mores and behaviors of the nation, and replaced it with a lack of mores and acceptable behaviors. “if it feels good do it, man”.

The left won, placed a majority in power, replaced the media, destabilized the nuclear family, removed the stigma of failure from such things as teenage pregnancy, being on the dole, etc…

Here’s what you get from that. The collapse of societal rules.

In my youth, as I mentioned, half the cars and trucks in the high school parking lot had guns in them from Sep. 15 till after the last hunting season was over. No one shot up schools. Of course, we were the last generation raised to respect and yes, to fear authority and to be taught from birth that there was such a thing as universal right and wrong.

Now that is a concept much in disrepute. We’re told that we can’t judge other societies, because that’s part of their culture.  Slavery, the stoning to death of a woman for the sin of being raped, the burning alive of people for being a different religion… that is part of their culture and therefore unquestionable.

I’m reminded of something the British commander in chief of India, Charles Napier said: “Be it so.” This burning of widows is your custom; prepare the funeral pile. But my nation has also a custom. When men burn women alive we hang them, and confiscate all their property. My carpenters shall therefore erect gibbets on which to hang all concerned when the widow is consumed. Let us all act according to national customs.” [To Hindu priests complaining to him about the prohibition of Sati religious funeral practice of burning widows alive on her husband’s funeral pyre.] (it’s worth noting, they didn’t burn the widow.)

The hippies did a great job of destroying that concept, the right helped out by being unwilling to bend in the slightest. The good news is that some people have woken up to the disaster that the left created when they threw out the baby with the bath water. We’re seeing now, the opposite swing of the pendulum is starting.  Trump’s election, in spite of every “expert” saying he had no chance, was an indication of that.   Hopefully it won’t go as far in the opposite direction, though that’s not likely.

Yes, I fear going too far right, just as much as going too far left.  A reactionary government, that requires you follow their faith, and prosecutes “sin” is just as bad, no matter whether it’s a sin from the Christian bible, or the sin of not parroting whatever the current leftist drivel is.

I want a government that makes sure our interests are protected in foreign trade and dealings, that makes sure we have a level playing field at home, that defends us against those that would do harm to us, (to, in the words of Thomas Jefferson “Pick my pocket, or break my leg”) and other than that, stays the fuck out of my business.

Do I believe there is universal right and wrong? Yes.

Do I think it’s the government’s job to decide it or enforce it? NO.

It is societies job to decide that, to teach that, and yes, to enforce that.  NOT the Government.  My issue is that no one is deciding it, teaching it, or enforcing it. We have yet to recover from the destruction of the old society, and create new.  While that condition exists, there will be barbarians, and they will burn shit, to watch the pretty light.  They will kill people just to watch the light go out of their eyes.  Nothing that you outlaw, will stop that.  We need to make being a barbarian unacceptable, and those that don’t “get it” need to be destroyed as the rabid dogs that they are, as Napier suggested.

That’s what it looks like from my seat.  I will try to find something a little less political and dark to discuss next week, if the news will cooperate.