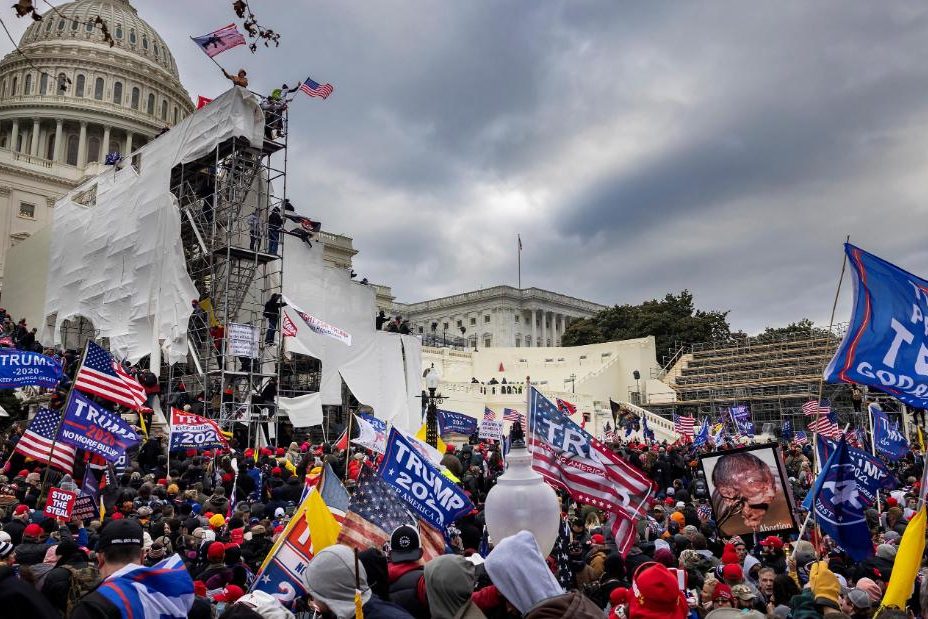 Welcome back to the Scuttlebutt, pour yourself something, and let’s talk.  When you see this, it will probably be January 6th, and that’s what I want to talk about.

As I am sure most of you know, England has this holiday called Guy Fawkes Day, celebrating the failed attempt by a Catholic fundamentalist to assassinate the king, and blow-up parliament. It’s a national holiday, proclaimed so one year later, and celebrated with bonfires and the burning in effigy of Guy Fawkes, the leader of the plot. They have a little bit of doggerel that goes with it:

Now it’s important to remember that Fawkes was caught “In Flagrante Delicto” with a slow match (a form of fuse) leaving the location where the bomb (36 barrels of gunpowder) was planted.

I am not a sympathizer with Mr. Fawkes, on the whole I would prefer a Protestant King to a Catholic one, as being at least slightly less likely to run pogroms against those that are not Christian, and based on the record of the two religions, slightly less likely to be into pedophilia.  (Wait… Isn’t Biden Catholic?  Well, that explains the hair sniffing.)  But at least there actually was an attempt at governmental overthrow, and the Elements of the Crime (of High Treason) were present.

It seems like President Biden, Nancy P and the rest of the Democrat crew are trying desperately to make the Riots of Jan 6 2021 into the American version of Guy Fawkes Day. We’ve been bombarded by continuing rhetoric that this was an “Insurrection,” with “Sedition” and “Treason.”  I’m continually told that the Capitol Police are far more ready for the “Next Insurrection.” (See for instance: https://www.politico.com/news/2022/01/03/could-january-6th-happen-again-526167) That the Police now have authority to “directly call up the National Guard” (and what the actual hell authorizes a COP to call in the military??? This is from the same bastards who have been screaming ACAB, BLM, Defund the Police???)

Some extra fun here, in the same article, they want everyone in the Capitol Police to get a Secret or TS clearance… at the same time that they admit they’re understaffed and cops are bailing in droves. I’ve had both of those clearances, they’re expensive and intrusive as HELL.  Watch their manning level drop through the floor if they try to enforce that.

We’re told that there will be some sort of special announcement on the 6th commemorating this “most horrible day in the history of the United States” and this “giant threat to democracy.”

Well, I’ve got my own doggerel for this whole steaming pile of bullshit:

Be Wary, be wary of Six January, this make-believe treason and plot. This whole trumped up bullshit, at the end of the day, turns out to be over naught.

Right now, the Democrats seem to be frightened that they’re going to lose all power in the midterms. They’re pounding on the table for all their worth, in the fear that no amount of fraud or chicanery will make up for the disdain which the voters hold for the way they have been handling themselves while holding ALL of the reigns of power.

This is a reasonable fear, and yeah, they’re right.  Come election day, they’re probably going to find themselves slaughtered in the voting booths.  That, or they’re going to have to resort to SO much fraud that even the Fearless Band of Idiots, (currently a wholly-owned subsidiary of Big Guy Scranton Joe Biden Inc) will not be able to pull a Sargent Shultz.

So, what are they doing about it?

They could actually do what the people want… No, that would be too simple, and besides, it’s at 90 degrees to their agenda, and their agenda is the whole reason they sought power in the first place.

What’s the point of having power, if you have to listen to the peons that think they get a voice on this whole thing?

So instead, they’re trying to change the topic.  (This is a fine old debating strategy, when you know you have the losing end of the argument, rephrase the question to change the conditions.  Lenin thought highly of it.)

They don’t want to keep talking about the vast number of things that have gone wrong over the last year, so they want to make it about the evil people that didn’t want Biden in office in the first place.

The riot of 6 Jan was NOT an insurrection, no matter what sort of rhetoric comes out of DC.  Insurrections aren’t fought with signs and bullhorns, not even with pepper-spray, which is the most offensive weapon anyone is accused of having possession of during the riot.  Insurrections look like Bosnia in the 90s or Iraq.  Pray we don’t actually end up in an insurrection here, that’s a box you can’t unopen.

Further, the people that are prosecuting these cases KNOW it wasn’t an insurrection.  There have been ZERO cases of insurrection, or sedition charged.  After a year of investigation, by more people than were at the riot, 700 people have been arrested, and zero charges of anything more serious than “Obstructing Congress” (a 2002 law aimed at corporate entities that might destroy evidence requested by a congressional investigation.  It’s worth noting as a sidelight that the use of this law for the rioters is being walked up the courts now, on grounds of inappropriateness.)

This has all of the legitimacy of a medieval Star Chamber, complete to “Witch Hunters”  although now they style themselves “Sedition Hunters” according to the New York Slimes: https://www.nytimes.com/2022/01/05/us/politics/jan-6-capitol-riot-investigation.html?campaign_id=9&emc=edit_nn_20220105&instance_id=49441&nl=the-morning&regi_id=28200476&segment_id=78706&te=1&user_id=10d59faf3e1d1200e0ddca9ff23febad  These are private individuals (think Facebook “fact checkers” who have decided to try and find, and finger, everyone who was at the rally/riot/worst thing in the history of our nation.)

They’re holding those charged without bail for about a year, with no trial in sight, for misdemeanor charges (mostly) and much like trails by the former Soviet Union, if you’ll only plead guilty and show contriteness, we’ll let you go home!  (One guy got five years, he threw a fire extinguisher at officers, thus he probably deserves it.)

Several of the prisoners have done the whole contriteness thing, ala` Soviet star trials: “At his sentencing hearing, for example, Mr. Palmer said that he had recently recognized that the former president and those around him were ‘spitting out the false narrative about a stolen election and how it was ‘our duty’ to stand up to tyranny.’”

Eventually, he said, he came to understand that “they were the tyrannical ones, desperate to hold on to power at any cost.”

Ya know, if I had read that in Pravda after a Russian trial, or after a ChiCom trial, I would have wondered how long they had waterboarded the guy to get him to confess that way.

We hear an awful lot about how so many people (the number usually given is 7 but sometimes as high as 15 are quoted) died as a result of this thing.  It’s a lie.  One (1) person died in this riot, and she was shot by a dirty cop. Three other protesters died as a result of heart attacks they had while outside the capital building yelling.  Having a heart attack because you are yelling is NOT death as a result of an insurrection.  One cop had a stroke the next day.  Four cops swallowed their issue sidearms in the months afterwards (Feeling an overwhelming sense of guilt over assisting the swamp machine in shutting down the people maybe?)

The funny thing, is that while congress is trying to jail people for refusing to answer this star-chamber bullshit, they’re conveniently refusing to provide any information on their OWN involvement.  There are all sorts of hullabaloo over why the National Guard didn’t respond in a timely fashion. Cops say “we asked, they stalled.” Military has two different levels of story depending on who you talk to… There’s been a few congressmen that are asking “why this disparity?  Where there orders given to the military to ignore the riot, and let it grow???”  What part did the Security officers OF CONGRESS have to play? (it’s worth noting that the security officers of congress answer to and take orders from the Majority Leader, who is none other than Nancy P.) This question has been met with a lot of stonewalling, and refusal to answer.  The same sort of refusal to answer that is getting people that are NOT congressmen charged with contempt… But it’s OK when we do it!  See this little letter leaked by the congressman who wrote it: https://twitter.com/Jim_Jordan/status/1478091018469875715/photo/1

Now various polls taken by both sides (and some folks that are almost in the center) all say that we as a nation are as polarized on this whole event as we have ever been about anything, with roughly 40% on each side convinced that either “it was an aborted civil war, and everyone involved is guilty of treason” or “meh, it was a riot much like the BLM riots, and about as important, no big thing.” With 10% saying “we don’t fucking care, just get back to my TV show.”

I’m sure that we’ll hear from “Pee pads and Knee pads” about the “worst attack on our democracy since the Civil War” as Biden calls it, when he speaks at length on the 6th.  Maybe he’ll even call for a national holiday to commemorate it.  Examine I beg you, how much they’re talking about that shit, and how little they can talk about anything else.  Oh, have you bought gas lately? Meat? Ordered ANYTHING on line?  How’s that working for you?  Do you know anyone that was in Afghanistan?  Do you have your booster, and your rebooster?  Do you remember when Candidate Biden said anyone who had 200,000 people die on his watch shouldn’t be president? (that was 400,000 deaths ago, and now the pravda is “this can’t be fixed by the federal government, it is up to the states…)

One last thing on this whole Fraudulent votes thing… One of the few places that actually tried to do even a partial audit (AZ) ran into all sorts of issues.

The routers that they were supposed to use, that they couldn’t audit without, mysteriously got “repurposed.”  (It’s a lovely shop ja got here, it’d be a shame ifin someone repurposed it.)

The warehouse that stored a lot of the questionable ballots had a mysterious fire, and burned to the ground.

My dad was part of the unit that performed the 210 atomic cannon tests back in the 50’s.  The ones where you see guys coming out of slit trenches and marching toward the mushroom cloud, you know the ones?  Well, a few years after he got out, there was a mysterious fire in St. Louis and all of the service records of everyone who was in his unit burned to ash… No one could prove that they had picked up major zoomies while in the army.  Hell, he had a fight just to join the American Legion, because there was no record (other than his fucking military ID card) that he was ever in the army.  This was THAT sort of fire, IE incredibly convenient.

In other news, remember I mentioned a few months ago that the guy who was immortalized as a baby on a Nirvana cover was suing? (Spencer Elden, if you forgot his name, as you should, he’s a real nobody who has been desperately trying to get some fame and some money over this for years.)   Had his 30 seconds in court yesterday.  That being how long it took the judge to throw the case the hell out of the courtroom.

Well, that’s enough for one article, I will see you next week.