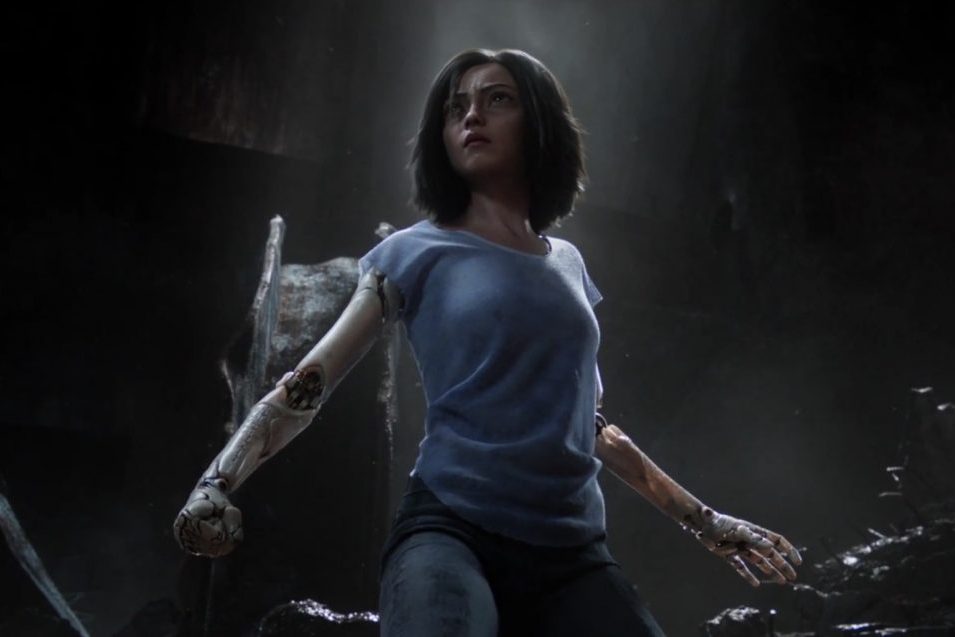 Well, I promised a review of Alita, if no one did anything too stupid on the political stage.  There was a little stupidity, and a little BRILLIANCE so let me touch on them for just a second.  If you want to avoid that, skip the next four paragraphs.

First, seems there was a Transsexual in MI, one Nikki Joly who obviously couldn’t bear to let Jussie look like a moron alone, so, it faked the arson on it’s (I say it because the articles I’ve found don’t tell me what sex it identifies as, and the only gender-neutral pronoun that I know is “it”) house, claiming that it was threatened for being an LBGQ (how-ever-many letters we’re up to now) activist. It seems the actual motive was unhappiness over the LACK of outrage from the latest gay pride activity that It lead.

Mind you, It didn’t fake the burning, that really happened, with five innocent pets inside.  They all perished. There’s a special level of hell reserved for such dirtbags. I hope they sentence it to 20 years for the arson, and another 20 for each count of animal abuse, served CONSECUTIVELY. FUCK YOU NIKKI! Here’s a link in case you want to raise your blood pressure  https://www.thisisinsider.com/transgender-activist-nikki-joly-accused-of-burning-down-jackson-home-2019-2

On to the Brilliance: A Federal Judge has found the draft unconstitutional because it only covers men.  (Background, a prior supreme court case found the draft constitutional even though it only covered men, because “women can’t serve in combat, so there’s no justification for drafting them.”)  Now that the women’s movements have made dying-in-combat a fun game the whole family can play… Well, you’ve come a long way baby, now maybe you’ll get to burn your draft card instead of your bra.

Look I’m all for equal rights.  But let’s make them equal! You want to have all the “privileges” of a man, well, here’s what they look like.  Either everyone registers or no one does.

OK, On to the Main Event: Alita!  I’ve never seen/read the original, so I came at this with fresh eyes… I understand some of the fanbois are all in a tizzy that it wasn’t sex and rock-and-roll enough, that it was tamed down a lot and almost made Y/A… Oh well, sorry, you’re going to have to get that somewhere else.  For the rest of us, the movie rocked.

That’s not to say that there’s not something to bitch about, the ending sort of sucked, they made the need for a sequel SO obvious you might as well have run the trailer for it as an Easter egg.

Still, a Very Good movie.  It worked on multiple levels.  You have the (seemingly ubiquitous out of Hollywood these days) “what is a man, that thou art mindful of him?”  There’s also the “What is justice, what is right and wrong, and where do the lines blur?” The “badass who lost her memory” ala Long Kiss Goodnight, and several other levels.

The film starts out with virtually no introduction and is off and running.  Good acting, good FX (see it in 3D if you can, the 3D work is good enough I got a little bit of vertigo, I DON’T like heights) Just a fun movie. I understand the Critics are trying to kill it, claiming it’s a box office bomb… piss on them, go see it.