Ask Not What Your Country Owes The World 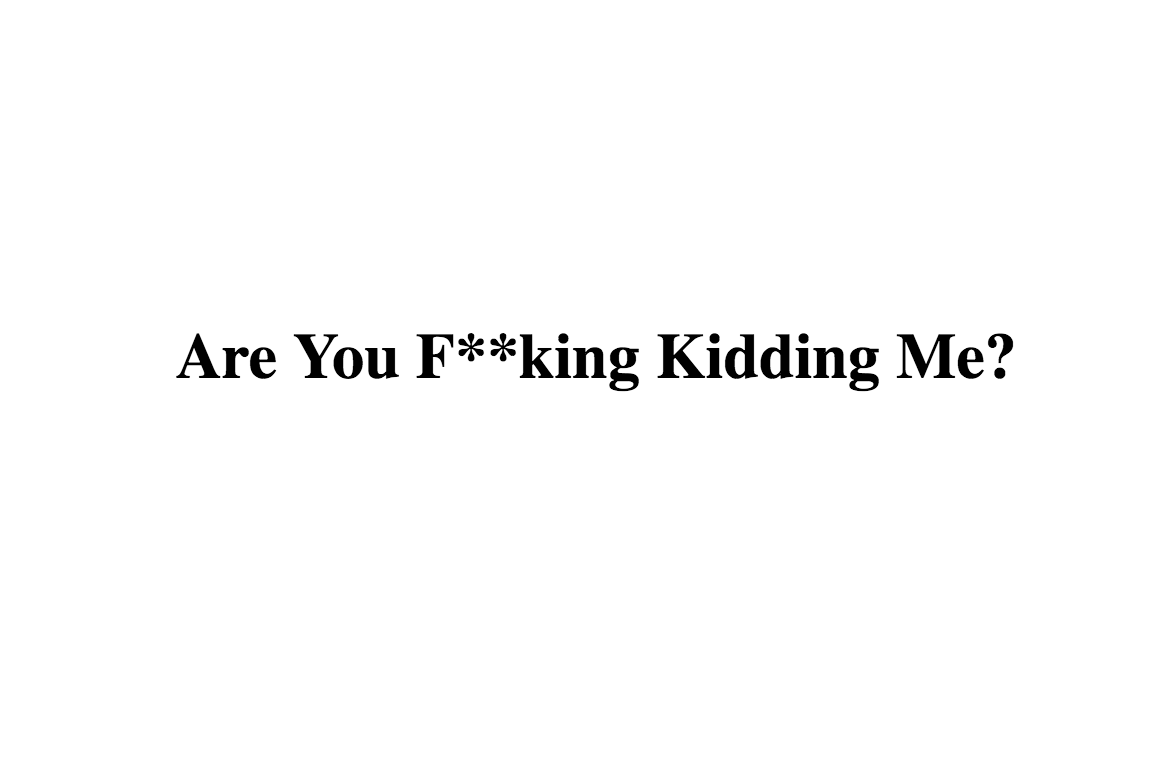 Good afternoon and welcome back to the Scuttlebutt.  This is going to be the first in a periodic series of commentaries on politics; both national and international, and what we can and should expect from leaders; ours, and those of other countries.

How well you do that, will determine, to a great extent, how history will view you.  Yes, History is a fickle bitch, and sometimes for a while, it will tar you with a brush that you didn’t deserve, but see, History is farsighted. She often can’t see things, until you move them out to arm’s length.  In the end, she will see you clearly.

What care I for history? You ask.  I’m in it for my own good, I’m going to rape this place for everything I can get, and haul ass.  Well Col. Kaddafi, that usually ends only one way.  There have been exceptions, Yes Joe, I see you and your buddy Mao hiding over there beside Che, and old man Castro.  Yeah, you lived your full life raping and pillaging your own people; as well as those of your neighbor states, and got away with it until the day you died. (Well, Che didn’t have nearly as good a run, but most of that list got away with murder, quite literally.) Still, when you look at the number of tin-pot dictators who raped their country, most of them had a bad end.  The thing is, doing well for your people, and doing well for yourself at the same time, is actually, usually fairly easy. So, for the rest of this essay, let’s assume you have no desire to end life in a hangman’s noose after cowering in a spider hole for months, or swallowing a pistol, staring at the judges in the Haig, or some other unpleasant fate.

So, we’ll agree that you want to look out for the interests of your people.  Now we get to several sticky questions:

1)What do we mean by “your people”?  Well, that is what often gets small time dictators in trouble.  They define “Their people” too tightly.  It does not mean “my tribe, and the rest of you Iraqi are going to get fucked over.”  It does not mean “My clan, and the rotten Campbell’s in the valley to the north can get sold out to the bloody Sassenach for all I care.”  Nor does it mean “my extended tribe, and fuck the other tribes in the area that we share.”

Yes, leaders have thought it meant all of those things, and many more, and it’s cost them nations.  If the Scotts had ever been able to unite and come to the concept of nationhood in a real and meaningful way, it would be the Scottish Isles, or the Hibernian Isles, instead of the British or English Isles. Rhodesia was once the bread belt of Africa.  Being stupid, and chasing out the people that made that shit work, is why they are now starving to damn death as Zimbabwe Land.  Then there’s Syria, Venezuela, etc… Hell, if the American Indian tribes would have united early enough, there wouldn’t be a “United States of America”.

So, what we mean by “your people”, is every single person that lives in your nation.

2) How do we determine “The People’s interest”?  Ah, that’s the bitch, right there!  I cannot reliably answer that.  No one can.  We can guess, study, examine, plan, but, in the end, only history will show if you were right.  One thing we do know though, it’s NOT the interest of some other nation.

I have many friends and acquaintances or fans that are Canadian, some that are English, a couple Germans, at least 2 Aussies, and a Fin.  Oddly, the folks further away are less likely to tell me how to run this nation, than the folks on the other side of the border… I make it a rule not to tell the Canadians how to run their country.  Oh, I want to, believe me!  I have very strong feelings about the individual currently sitting in Ottawa, His dad was a moron that damn near destroyed Canada, and I think he’s going to take another swipe at it.  But hey, NOT MY CIRCUS, not my monkey.  Sadly, the Canadians, by and large don’t do me the same courtesy.   Oh, I get that they are concerned about what Trump might do that might screw them… Especially, since we just got done with eight years of a president that seemed to think he was president of the fucking world, instead of the USA. (He seemed more interested in making the best decisions for everyone else, that a little screwing over of America would be all for the best. More on that later)

See, the thing is this: In international negotiations, there are some things that you want to do  to look out for the good of all mankind, because that’s also the way to look out for your people’s interest.  For example, I think we can all agree that treaties that make Global Thermonuclear War less likely are good for the whole world.  Since my day job involves working in places that are going to be at the top of any enemies’ hit parade, I certainly would like to minimize the chance of it.  Ah, but it’s not quite as simple as that.  After all, the easiest way to ensure that there will not be a Global Thermonuclear War (GTW) is for us to disarm, completely, and unilaterally.  The trouble is based on historical precedent, if we did that, the other big member of the Nuclear club would say “Spaseba Tovarich, you’re my bitch now.  You will do what I say, or I will nuke you.”

What’s that you say? Yeah, you in the back with the neck beard and the skinny jeans?  Russia wouldn’t do that?  Tell you what, shipmate, go ask Chechnya, or the Ukraine.  I would do that via telephone though, harder to get punched out that way.  We convinced (Pres. Clinton did if I remember right) the Ukraine that they should get rid of the nukes left on their soil by the collapse of the Soviet Empire… That didn’t work out so well for them.  We have to ask ourselves, would the Russians have invaded and taken over half the Ukraine if there were still nukes over there?  I’m thinking not.  Same goes for half a dozen other hot spots.  I notice that, since the Yom Kippur war, no one has tried to invade Israel… Oh every single Arab country around them has threatened, but no one has been stupid enough to actually do it.  (In other news, it’s almost universally believed that that was about the time Israel became an un-admitted, wink, wink, nudge, nudge, member of the nuke club.)  Coincidence? Not on my dress blues.

Look, if you’re making a contract, or getting a divorce (you poor bastard) or anything like that, you don’t hire a lawyer that is interested in what’s best for the OTHER side.  That’s THEIR lawyer’s job!  You get one that looks out for YOU!  Then they sit down, and try to hash out a deal that both sides will find acceptable.

If you start from the position that I want what’s best for the other guy, YOU WILL GET WHAT YOU WANT… only to discover that obviously, what you wanted was to get bent over a barrel, and receive death by roo-roo.

That was one of the many problems I had with the last resident of the Whitehouse.  He was so damned busy worrying about the rest of the world, he forgot who he was working for.  (Either that, or he knew who he was working for, and it wasn’t us.)  Oh sure, he was popular with the rest of the world, (in the same way that the slightly slow kid who is always willing to give up the money momma gave him, is popular with the local bullies) But you see, that wasn’t his JOB.

The UK is about to have a snap election. (Yes, there was a point, buried in all this.)  It’s basically a referendum on the Brexit.  The EU has made it abundantly clear, that, “If you fuckers want to go it alone, we’re going to try to kick your ass on the way out!”  Which is damn short sighted of them.  First, because it’s likely to give the current PM the overwhelming majority that she’s looking for.  After all, who likes to be threatened by people you once thought were friends? Not to mention, that the principle export market for the EU is the UK.  I expect her to win big, and I then expect her to play serious HARDBALL with the EU.  They’re going to rue the fucking day they decided to make the divorce a grudge-fuck, instead of an amicable “let’s just remain friends.”  Add to that, the fact that Trump is waiting in the wings, going “hey babe, you don’t need that asshole, come over here and talk to me.”

On the other side of the channel, there’s France.  Now mind you, they had a choice as bad as ours.  Trouble is, they went the other way.  (Honestly, I’m not surprised.   It is, after all FRANCE.  They’re only impressive when run by a woman, or a colonial (Corsica, Algeria, etc…)  But damn! When your president does his acceptance speech to the tune of the EU anthem, vice the Marseilles, well, I think that says it all.  This guy thinks “his people” is all of Europe, nay, all of Europe and the middle east.  He’s real big on bringing as many of the “Middle Eastern Refugees” (Lehman’s unabridged dictionary defines “Middle Eastern Refugees” as “Great Popular Migration/invasion”. Take a good look at history.  People who migrate into your country and refuse to assimilate, most notably Muslims, though there have been many other groups through the years, from the Celts into roman lands, Romans into Great Britain, etc etc through Europeans into North America tend to be a problem) But above and beyond that, (because it’s going to be a problem before the ‘Muslim bomb’ explodes) there’s the problem that the EU is screwed.  Greece is bankrupt, Italy, not far behind, Spain and Portugal, ditto.  Frankly, the only countries in the EU that are going strong is Germany, Great Britain, and to a lesser extent France.  (Poland is doing ok but they are still recovering from a bad case of communism and it’s going to be decades before they’re a big enough engine to pull Europe out of the mud. I hope they have long enough, but I wouldn’t bet on it) England is bailing before the crash. (That might be about as successful as jumping out of the plane 50 feet before it augers in; but we’ll see.) That leaves Germany holding the whip hand, and France just gave Germany the leash and put on a ball gag.

I prefer a leader that will fight for me thank you.

I’ll do part two of this, on another day.  Fare thee well, until next week.