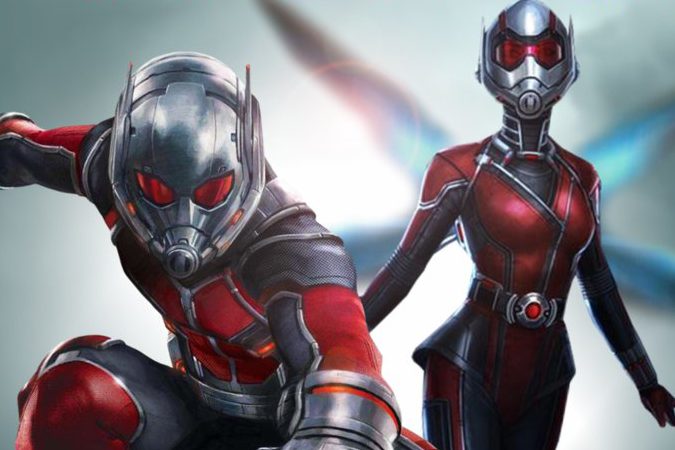 Welcome back to the Scuttlebutt.  Pull up a bucket, I’ve got a movie to review. I figure everyone has heard enough about the summit meeting, and I saw a good flick this weekend. No spoilers, I promise.

So, without spoilers let’s say that the reason this movie is being shown after Infinity War, even though it takes place before and during Infinity War, is that the first Easter egg at the end would be a spoiler for I/W.

That said, you don’t have to see I/W to enjoy this movie, just to make sense of the Easter egg.

You do need to have seen Ant Man, of course.  Just in case you didn’t, let’s make something clear: There ain’t no Captain Americas here.

There are NO pure, clean, spotless heroes. (well, maybe Hope, but she can be a bit of an asshole too) Scott (Ant Man) is an ex-con, who has some flaws… He wants to be a good guy, and a good father, but, well, shit always happens to him, and his instincts are not exactly the best.  You know that little voice? Yeah, his belongs to Murphy.

Scott wants desperately to be the good father he knows he hasn’t been for his daughter, and he tries harder than 99% of the real fathers out there, but something always happens.

Then there’s Doctor Hank Pym… Look he too means well, but he’s an ASSHOLE, and in grade A certified, hemorrhoid free, perfect asshole. He’s walking proof that you can be an asshole and still be a good guy at heart.  He may be the world’s most difficult person to work with, as is shown by the number of EX partners he has.

The villains of the piece have good reasons for their actions, these are NOT cardboard cutout bad-guys.  You can almost find yourself agreeing with them, and their actions. (unlike oh say Ultron… I loved James Spader’s portrayal, but Ultron isn’t a villain you can sympathize with.)

This movie is some badish good guys trying desperately to do good, and some goodish bad guys that want to do good as they see it, and don’t care much about who gets in the way.

Oh, and one set of unrelieved bad guys, lest I forget.  Walter Goggins (he played Boyd Crowder in Justified, if you haven’t seen the series, you owe it to yourself to see it!) is one of the best bad guys in Hollywood, and he did his usual best as a real dirtbag who thinks he’s urbane and suave, but at bottom line is an evil and sort of low rent bastard. The sort that thinks he’s a Bond villain, but just ain’t up to the task.

If you didn’t get it, I really liked the movie.  Take a break from the crap, go see it.