And The River Still Flows 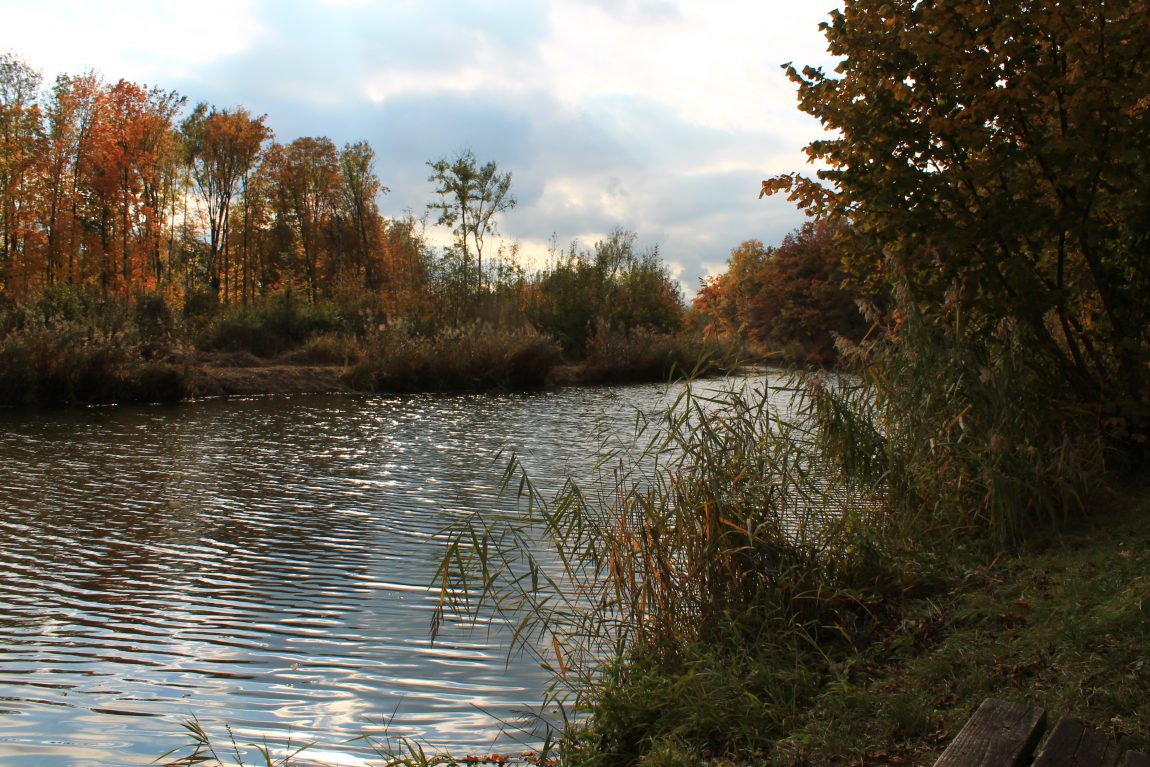 This is for my Dad who passed just one year ago (November 3, 2016) at not even 53 years of age.  It happened all of the sudden.  Out of nowhere.  There was no sign at all that this was going to happen.
Just two weeks before I had gone to visit him.  I was even sobbing on Skype that I wanted to see him…that I missed him.   I was even surprised that I wanted to see him so badly.  To the point I was in tears.  So, I decided to celebrate my 25th birthday with him!  I knew it would make him so happy!   And me too!   It had been a long time since I had seen him as he lived a five hour drive away.  So this was the best opportunity to see him.  I decided that I could party with friends later.  (They were a little bit surprised).
Me and my Dad.   We had a wonderful long weekend together.  We took walks in the golden October light, laughed a lot together, talked more or less serious stuff and so on.  It was definitely the right decision to go and see him.   We were soooo happy!   But too soon the three days passed and we ended up at the train station.  A long hug and a kiss goodbye.  When the train started slightly moving I was waving out the window like always.
Two weeks later, after a long day at dancing school (dance education), I had a message on my phone from my uncle asking me to call him.   I had known that my father had wanted to visit the family (his Dad, brother, sister, nieces) in Frankfurt.  So we couldn’t Skype on Wednesday like we usually did every week.  The last time I had talked to him was in Dillingen on my birthday weekend.   When I heard the message my heart froze for a moment before my pulse went higher.  I thought maybe my Dad had another attack and had to go to the hospital like before.  I was hoping it was nothing serious as he had multiple sclerosis and after every attack there is a little bit more damage than before.   For example his arm shaking, his legs getting weaker, his hands not grabbing well, and loss of feeling in some parts of the body.  So I called my uncle back and asked what had happened:
My uncle:  “I wanted to wake him up, but he wouldn’t wake up.  He laid there so peacefully so I thought he was sleeping well and I’d check on him again later.   But he wouldn’t wake up.   He died this very night!”
Me:  “Excuse me?  Who died?   Granddad?”  (Because he was already 86 years old and not in good health)
My uncle:   “No.  Your father.”
Me:  “What?   Are you serious?   No….no…no”
My uncle:   “Yes.   I’m sorry I have to tell you like this.  On the phone…..”

And suddenly…. WHAM.   My whole aura changed completely.   I was upside down.  I really couldn’t believe it.   It seemed like a bad joke or I just understood something wrong.  It was 8:30pm and I was in the middle of the train.  And my first thought was my cat dying last week that has upset me so much was nothing compared to this, not even a bad joke, and not at all a preparation for THIS!   My breath grew heavy.   I slowly, slowly put down the phone.  Staring somewhere out the window my sight went unclear.  Tears rolled down my beautiful face that my father had given me and I started sobbing so heavily.  No.  No.  No.   It was all so unreal.   So damn unreal!

Now I know why I wanted to see him so badly!   Souls know before.   But I said goodbye.   I really said goodbye…. at the train station.   And I know that he will always be with me.  He told me so.  And yes, now he is really always with me!   I love you Dad!