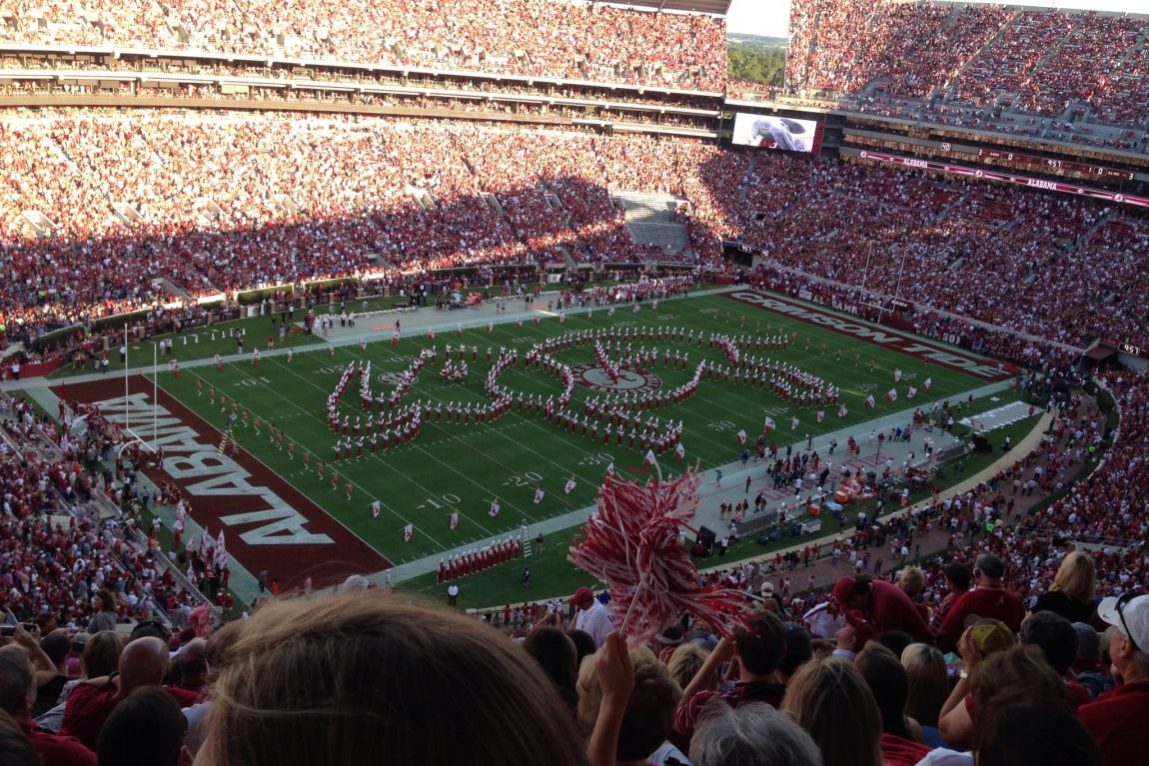 Sept. 2 vs Florida State- Alabama will open the season in Atlanta with their toughest season opener under Saban. FSU should be a top 5 team and the point spread will likely be the smallest margin the Tide is favored by all season. Both teams return their starting quarterback and NFL talent on both sides of the ball. The difference will be Alabama’s offensive line and rushing attack that will wear the FSU defense down by the end of the game. Alabama gave up 30 points or more 3 times in 15 games last year while FSU allowed that many points in 6 of their 13 games. Alabama starts the year 1-0.

Sept. 9 vs Fresno State- This is a great game to develop depth and hopefully the get the starters out by the fourth quarter. The better of the two Mountain West teams on the schedule is next week. The Tide wins in a blowout to move to 2-0.

Sept. 16 vs Colorado State- CSU has an outside chance to win the Mountain West and will be bringing their best shot to Bryant-Denny. With possibly the best offensive line and running back unit in their conference, Alabama will have to be focused to take care of business early. Alabama could have a sluggish game which will lead to a Saban rant right before conference play begins. Perfect. Alabama rolls to 3-0.

Sept. 23 @ Vanderbilt- If you have to play a road game in the SEC, Vanderbilt is a decent place to go. Within driving distance, the stadium should be 25-50% full of Alabama fans. The Tide has too much talent for this SEC East neighbor to the north. The conference opener is a success and moves the team to 4-0, 1-0.

Sept. 30 vs Ole Miss- Ole Miss has resumed their place near the bottom of the SEC after some decent seasons and a couple of upsets of the Tide. Losing their coach so close to the season won’t help. The Rebels will be coming off of a bye but the Tide should be fresh as the schedule has not been too challenging the past few weeks. Bama stomps ahead to a 5-0, 2-0 record.

Oct. 7 @ Texas A&M- The Aggies will be coming off of two straight SEC battles against Arkansas and South Carolina. The home crowd will be rocking but Alabama is 4-1 v the Aggies under Saban and this is as low as Texas A&M has been since coming to the SEC. The Alabama win could contribute to the end of the Sumlin Era. The record goes to 6-0, 3-0.

Oct. 14 vs Arkansas- The Hogs will be on the road for the second straight week after playing South Carolina. Although they put up 30 on the Tide last year, their defense gave up 49. Saban has not lost to Arkansas while at Alabama and the streak will continue. Austin Allen will provide the biggest test for the Tide secondary thus far but can’t change the outcome. Alabama will be 7-0, 4-0 heading into the Third Saturday in October rivalry.

Oct. 21 vs Tennessee- Butch Jones is on the hot seat in Knoxville and probably won’t finish better than third in the East. An upset over Alabama could save his job and the Vols will be all in to defeat the Tide. For the first time since Florida State, Alabama will have to play a great game to win. Alabama has won 10 straight in the rivalry and the home crowd will be truly rocking for the first time this season. Losing Dobbs and Kamara will keep Tennessee’s scoring to a minimum. The Tide floods Rocky Top. A bye week is coming and the record is 8-0, 5-0.

Nov. 4 vs LSU- Both teams are coming off of a bye and the SEC West can be lost in this game. The Tigers only return 4 starters from the defense that held Alabama to 10 points last season in Baton Rouge. They also only return 5 starters from an offense that scored 0. Alabama has won 6 in a row and 8 of the last 10 against LSU. If the Tide can control Derrius Guice as they did Leonard Fournette, the record will move to 9-0, 6-0.

Nov. 11 @ Mississippi State- If there is a trap game on the schedule, here it is. The Dawgs are coming off of a game vs UMass. After a draining, emotional win over LSU, the Tide goes on the road where the cowbells will be waiting. The Bulldogs rarely have much to be excited for but Alabama is one of those things. If the Tide players can get themselves up for this game, the record moves to 10-0, 7-0. If not, this could get more interesting than most think.

Nov. 25 @ Auburn- Other than FSU, the Iron Bowl is the most likely loss on the schedule. Unlike the season opener, the Tide cannot afford to lose this game. The SEC West could come down to this game, not too mention state bragging rights and the chance to finish inside the top 4 for the College Playoffs. The Tide has won 7 of the last 9 in this series and unless a lucky play leads Auburn to a miracle, the better team will come out on top yet again. This one could be a classic. On to Atlanta with a 12-0, 8-0 record for the second straight year.

Dec. 2 SEC Championship Game- Alabama will likely face Georgia or Florida. FSU, Auburn, and LSU are all three likely better teams and the great Alabama staff will be able to out prepare their opponent in such a short time. Much like last year, this game could be a case of the SEC sends Alabama to the Playoffs or the conference is shut out. Alabama will win their 4th straight conference title and 6th overall in the last 9 years. The team reaches the College Football Playoffs for the 4th time in as many years with unfinished business. 13-0.

Jan. 1 College Football Playoff- Opponents could be Ohio State, Florida State, Clemson, Oklahoma, USC, Washington, or somebody more unexpected. If the Tide finishes the season #1, they will only have to travel to New Orleans for the Sugar Bowl and could have a crowd advantage in the dome. 14-0.

Jan. 8 College Football Playoff National Championship- After losing in the final seconds last season, Alabama is fully focused and takes the National Championship back to Tuscaloosa for the 5th time under Saban. The most likely opponent would be Ohio State and would be a great opponent to end the season with. A 15-0 season has never been done and it would only be fitting that the greatest coach in college football would be the first to accomplish it.