A Multitude of Riches 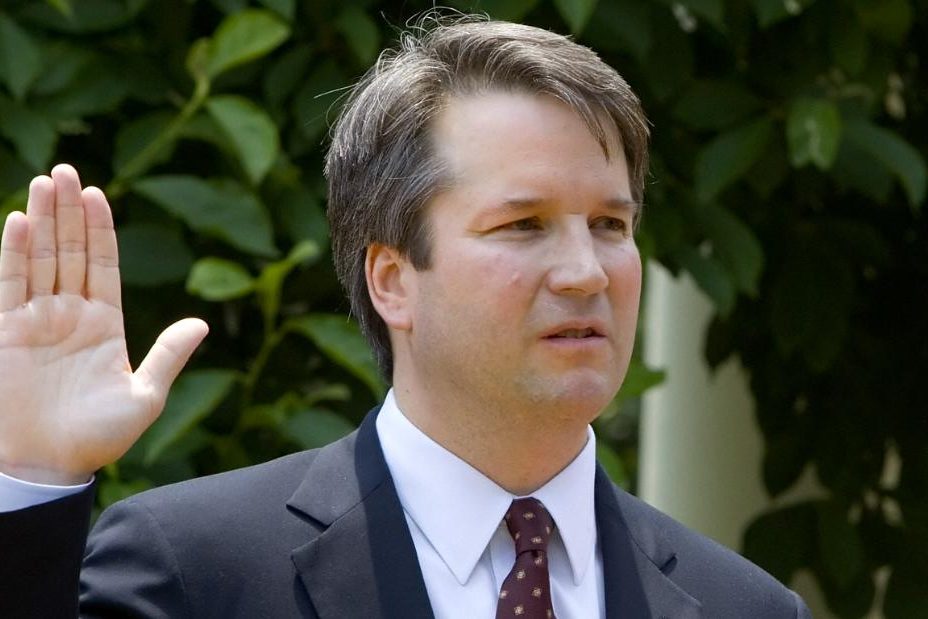 Welcome back to the Scuttlebutt. Gosh, sometimes there’s just too many things that I want to comment on, and if I hold some of it to another time, well, there’s nothing staler than last weeks news, except last weeks fish. (to paraphrase Ben Franklin).  So, lets hit the high points!

First, there’s the whole Judge Brett Kavanaugh thing.  Look, there were predictions even before a nominee was named that WHO EVER was named, the DNC would find someone who would accuse the nominee of sexual harassment, or abuse.  It’s become a joke, and the people it really hurts are, believe it or not, women, and victims. Every time someone trots out a 30 + year old charge that is completely unverifiable, every time someone makes a claim based on “repressed memories”, and especially every time an accusation is made that doesn’t even hold together in it’s internal statements, it makes it that much more likely that people will discount the next charge in a “cried wolf” syndrome.

So let’s break this shit down a bit:

Christine Blasey Ford made an accusation, which she apparently sent before Kavanaugh was actually the nominee, to Sen. Feinstein. Feinstein apparently sat on it for some time, before trotting it out after the hearings were concluded, at first refusing to name names, then, when that didn’t give it enough traction, named the victim.

Ford, states that Kavanaugh held her down and attempted to rape her, while covering her mouth with his hand, and she feared for her life, until Kavanaugh’s buddy Judge (yes, that’s his last name) jumped on top of both of them and allowed her to get free, whereupon she ran for her life.

She further states that she had repressed this, until it came out during couples’ therapy in 2012.

Well here’s the odd part.  The story she told the therapist doesn’t match the story she now tells, (there were four people in the version she told the therapist) she doesn’t know exactly when this happened, other than she was 15 and he was 17, she doesn’t know WHERE this happened, other than “it was at a party were everyone was very drunk”.  She can’t say who else was at the party, or who’s house it was at, and the only witness she names, (who by the way has done a tell all book on how he became clean and sober, so it’s not like he would be afraid of the limelight) calls her a liar, and states that nothing like this ever happened.

Further, a cursory review of her high school years, shows someone quite different from the One-piece bathing suit wearing blushing virgin that her story has her as being.  In confessions to her friends she has mentioned that most of high school was an alcohol and sex hazed blur… Now, before you snarl about me “slut shaming”, if you’re going to trot out charges about someone’s character on 30-year-old events, you invite comparison.

There were no charges, no accusations, nothing during the entire time until the DNC needed to stop Kavanaugh’s nomination. This in spite of the fact that Ford’s family lost a very important and expensive case because of Kavanaugh’s ruling as a judge a dozen years ago.

Now to make it better, Ford, who originally demanded to be heard, now says she won’t testify until after the FBI does a criminal investigation!  Well, that’s just not going to happen, because

So now she’s got an out to keep from going under oath, and the DNC has provided a smoke screen for any Republican that they can get to cross the aisle and side against Trump’s nominee.  There’s also been reports that they’ve actually bribed and threatened at least one senator who has been known to go across on a regular basis. This is a risky strategy, as it’s close enough to the elections that such swings will NOT be forgotten.

Do I think this actually happened? NO.

This is a ridiculous attempt to stall the nomination, something that the DNC has been using every trick in the book to do. But here’s the thing, even in the ridiculously remote chance that it happened, we don’t in general determine a person’s character today by a single action when they were a teenager.  Especially when their record for decades is an open book, and clean as the driven snow.

Now, let’s go on to something else, that needs a mention.  The NYT, my favorite paper for spin, distortion, extortion, and generally making a laughing stock of the idea of an independent and “above the fray” media, is at it again.  Late last week they ran an article and an editorial on the same day, (I don’t remember which day off the top of my head, as I was working off station) with the same themes.

In this case the discussion is over immigration, and the straw man is that conservatives are anti-immigrant and anti-hispanic.

The article had to do with the fact that there are more Asian immigrants in the US today per capita than ever before and added to that was the spin that somehow Republicans and other non-leftists didn’t seem to mind that, yet they rail against the Hispanic immigration.

Now let’s take this one step at a time.

First, the right is not against immigrants, we’re against ILLEGAL immigrants.  The difference is whether you came to this country with our permission, or not.  The difference between “I answered the door and invited you in”. (In which case, I would ask you if you wanted a beer.) vs “you picked the lock and climbed in to my house uninvited.” (In which case I would be holding you at gunpoint for the police, or if you failed to follow instructions, would be holding your body for the coroner.)

Saying I’m against immigrants is like saying I’m against people coming into my house.  I love having people over, I just want, nay demand, that I get to choose WHO comes in, and invite them.  I don’t care what color you are, what sex you are, what God you follow, if you’re a friend, or here on business, you’re welcome.  If I think you’re a criminal, on the other hand, you are not welcome. If we’re about to eat dinner and I don’t know you, you can come back later.

Second, the men (and yes, they were nearly entirely men in uniform, this was after all 1918!) that fought in the uniform of our country were NOT Hyphenated Americans.  In point of fact, Teddy Roosevelt gave a memorable speech on the subject just a couple years before the war, in which he spoke on this very topic. If you are willing to put on the uniform for us, learn our language, to fight and die for us, you are obviously an American.  My great grandparents were such Americans, or so I’m told. I was told stories of “No momma, we don’t speak German, we’re in America now, we speak ENGLISH.” It’s a question of where you put your allegiance.

I don’t want to hear about little Juanita, who has lived here for 40 years on her visa, but now her husband is dead, and they’re going to deport her.  How this is her home and she doesn’t know anyone in the country that she remained a citizen of for all this time, and how inhumane it is to make her go back.  If Juanita thought of this as home, in 40 years she could have damn well become a citizen. The fact that she stayed a citizen of whatever nation she came from, tells me that her allegiance is either to that nation, or to the god-awful dollar, and she could make more by staying a foreigner.  Fine, you made your choice, live with it.

Finally, I would be remiss to the spirit of this board if I didn’t mention the bullshit the US Coast Guard pulled earlier this week.  A Petty Officer in the puddle pirates flipped an OK symbol during a news shot, and the hue and cry of “RACIST!!!” caused the USCG to “remove him” from the work.

Now, I don’t know if he’s going to face a court or not, but if he does I would LOVE to be his lawyer.

In case you are not aware, there’s an organization called “4chan”.  They’re irreverent in the extreme, they live to Troll on the internet, and to make people look like asshats.  Now trolling, means to try to get people to “rise to the bait, and get hooked” on the internet, just like in the real world, trolling means to pull bait on a hook behind a moving boat to try to get fish to bite on it.  To Troll in either version, you must have bait on the hook. 4chan are masters at doing that, they are master baiters in every sense of the words.

One of their schticks that they have used recently is that the hand gesture OK is a secret racist symbol… (their newest by the way, is that the thumbs up gesture is too.  Yes, people are that gullible.) Look, there is a “secret meaning to OK”, for the military.

I’m going to let you in on the secret.  It’s a game called “flying asshole”, in which, if you look at the ‘asshole’ (the OK circle) and do not manage to stick your finger in it, the person that “flew it” gets to hit you on the arm (sort of like “slug bug” and every bit as juvenile.)  If you try to stick your finger in, and miss, or get your finger trapped, you get hit twice. If you penetrate and escape YOU GET TO HIT. But you HAVE TO BE CAUGHT LOOKING to be in the game… It’s supposed to work on situational awareness and using peripheral vision.  I knew guys that would kick your ass for flying one, all the time shouting “I don’t play that stupid fucking game!”

OK does not, nor has it EVER meant anything except “everything is okay/satisfactory”, or “I’m playing a stupid game, and got you to look.”

For Fuck Sake Coast Guard, I know you’re not the combat service the Navy is, but you’re not FRENCH, quit surrendering to the freakin Social Justice Bullies, and go check out a pair.

OK, these are the biggest things to have come across the brow in the last week, and it’s my turn to do Scullery duty tonight, so I’m going to sign off.

Stay safe, until next time,