5 Stars Deluxe: Rrrrrrrrring!! – The Funny Side About Fire Alarms 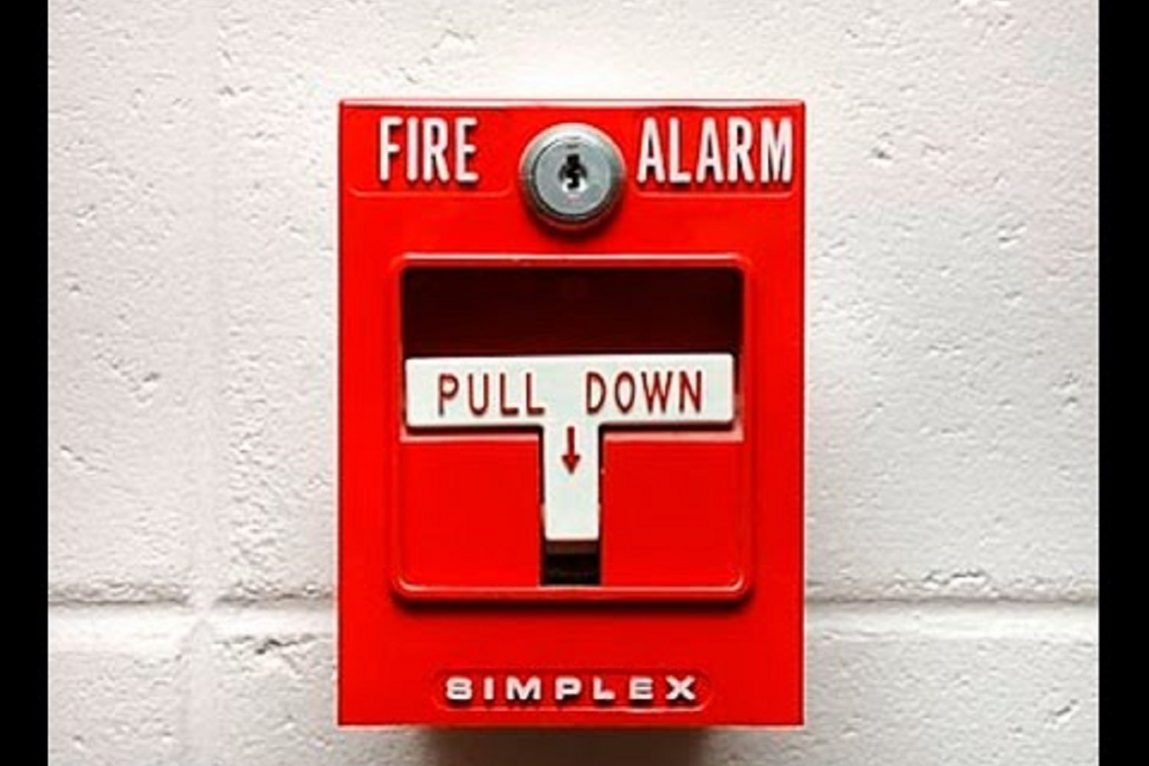 Whenever I meet with former colleagues and we reminisce about the old stories, there is always one about a fire alarm. It’s always a guarantee for a good laugh.

First of all, let me make some points clear:

There are more fire alarms in hotels than you imagine.

The smoke or fire detectors are extremely sensitive, so it is nearly impossible for a fire to spread.

The staff is very well trained and prepared (At least where I have worked so far), they know what to do.

Usually there is an alarm once a week. As said, the detectors are so sensitive that they might go off when you lit a cigarette or shower too hot. These are actually the most common reasons for alarms. Sometimes the cleaning staff in the wellness area leave the steam bath door open (If there is anyone reading this with knowledge of architecture, please let me know why they build smoke detectors in front of a steam bath… thank you!). In 99% of these cases there won’t be any damage. During my nearly 7 years of work experience we had 3 incidents where we had to evacuate the building and nobody got hurt.  I hope this takes parts of your worries and you are able to share some laughs.

The hotel where I work right now has 18 floors and is one of the highest buildings in town, surrounded by water on three sides. On a normal business day there are around 500 guests in house and on some days to a certain time there might be up to 800 guests.  The house is divided into several units, for example one guest room or a part of the aisle. Each holds two smoke detectors. When the first one goes off, there is a sharp noise at the reception. We have to cancel this alarm during 30 seconds, then we got another 2 minutes to cancel it up in the room. If we are not able to cancel the first alarm or the second one goes off in the meantime, there is an automatic signal to the fire station, which means a lot of stress and trouble.

The first time we had to clear the building was due to some candles and cigars.   We have a frequent guest, who stays with us for a couple of months in a suite. He is a heavy smoker. Luckily, the suite was big enough, so that the smoke could easily spread and no alarm ever went off (until that day). Usually he stayed the evening at the restaurant and went outside to have a smoke, however, he spent this night up in his room with some candles and cigars. Late in the evening the first alarm went off, so one of us went up to check, but the door was closed and locked, so we couldn’t enter. Shortly afterwards the firemen came and we had to clear the building. Running up the stairs, around 5 of the firemen threw up due to exhaustion. Never underestimate 15 levels, especially running with all the gear.  When the broke the door, they saw the old man sitting in his leather armchair, having a cigar and talking on the phone. Since he neither speaks German nor English, he did not understand why these guys broke his door and started shouting at them.  Most likely, the alarm went off, when he blew out the candles in one of the rooms (there were LOTS of candles), then moved to another, smaller room to have his cigars, which triggered the second alarm. I have never seen such angry faces as the firemen’s who ran up all the stairs to get shouted at by someone having a cigar. He at least tipped them several hundred euros each.

The second time was on a Saturday evening, which is the busiest day for the kitchen and the restaurant. During dinner there happened to be a lot of mistakes and the whole kitchen staff was in a bad mood. Due to this they had to stay longer as they still needed to do some preparations for next day’s menu. One of the main dishes was smoked trout, which they still had to prepare.  As they all wanted to leave as soon as possible, one of the guys didn’t really bother to tie his shoes properly. Bad luck as he tripped over his laces and as Murphy’s law proceeded, the soup he was carrying splashed into the oven and let off a big blast of steam. As it was an open show kitchen, the steam blew over to the restaurant side and triggered the first alarm. Some of the guests panicked and one of them hit the steam outlet to suck in the steam. Too bad this automatically triggers the second alarm, so the building had to be cleared, although nothing really happened.  When the firemen arrived, they found the head chef shouting at his guys, throwing pans and pots. Rumors say, he is still shouting.  The fish was lost and replaced on the menu, by the way.

The third incident happened in summer during a fair, so the hotel was extremely busy. Fortunately, most of the guests were still at the fair, so the hotel was quite empty.  One of the guests, who stayed at the hotel, seemed to dislike our restaurant’s menu.  I’m not quite sure on how to get that specific idea nor was I able to ask him but, however, he bought a charcoal grill and lit in in his room. Lucky for him, he left the room (to buy some more meat) while the coal was burning. If he stayed there he most likely would have died in there due to  carbon monoxides. When the fire men arrived there was already thick smoke coming from under the door. When they entered, the chicken wings were on the table, ready to be put on the grill.  We kept the grill as kind of a trophy for a couple of weeks next to the staff elevators.  Some weeks later we received a letter from the guest, claiming to get money from the hotel, since we did not give him back his (burnt) grill. We kept a copy of this letter for anybody in a bad mood who is in need of some laughter.

These are my personal favorite stories. There are tons more, from naked top-models who showered too hot, New Year’s Eve rockets that exploded right next to an alarm, burning vacuum cleaners or birthday cakes.  Although I certainly lost some of my years on this planet to those incidents, they make really good stories!