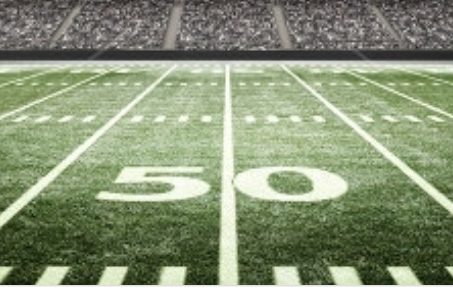 QB​ Eli Manning- Adding Evan Engram and Brandon Marshall to go along with Odell Beckham Jr. is sure to boost Manning’s numbers. He has thrown 26 touchdowns or more in 7 of his last 8 seasons and this could be his best receiving core yet. Mix in Sterling Shepard and receptions out of the backfield from Perkins/Vereen, and you have an explosive Giants passing attack. Without his new toys, Manning finished 10th in passing touchdowns and 13th in passing yards last season. Manning provides extreme value at his current draft position of quarterback #16.

WR​ Quincy Enunwa- Enunwa will enter the year as the first receiving option on a Jets team who will be trailing often. He will improve on his 58-857-4 stat line from last year and can be drafted as late as the 11th round. It’s not a stretch to think he can finish as a WR3.

WR​ Zay Jones- The Bills need a #2 receiver behind Sammy Watkins and Jones figures to be the answer. Robert Woods and Marquise Goodwin are leaving the team with 80 receptions and over 1000 yards up for grabs. Jones could provide even more upside if Watkins gets injured. Jones is going in the 14th round or even undrafted. He is worth a stash in deeper leagues and could provide flex value by seasons end.

RB​ Jalen Richard- If the Raiders ease Marshawn Lynch back into a full time workload or don’t give him all the touches until later in the season, Jalen Richard is going to get the extra snaps. He totaled nearly 700 all purpose yards last year to go along with 3 touchdowns. That alone isn’t a great argument for drafting him but if Lynch goes down, Richard could be at worst a RB2. Richard won’t cost you anything as he is being drafted as the RB68 and will either be taken at the very end of your draft or not at all. If your league has more than 15 rounds in your draft, he should be on your team. All Lynch owners should draft him late.

TE ​Julius Thomas- After two mediocre seasons in Jacksonville, Thomas will be in Miami with head coach Adam Gase. Thomas was able to put up back to back 12 touchdown seasons with Gase as the coordinator in Denver. Ryan Tannehill probably won’t put up the numbers Peyton Manning did but you can draft Thomas in the 13th round or later and stash him as a TE2 until he breaks out. There is a low risk high reward potential here so late in fantasy drafts.

QB​ Drew Brees- Brees is a year older (he can’t play forever), lost Brandin Cooks, and has Ingram and Peterson to hand off to. The Saints may trail late in many games but early on will try to control the clock more and avoid shootouts their secondary can’t win. At some point very soon he is going to have his numbers decline and at the price of quarterback #3, I would stay away this year.

WR​ Randall Cobb- Cobb has seen his numbers decline the last two years after the best season of his career in 2014. Some of the decline was Nelson missing 2015 and defenses focusing on him and also injuries took a few games from him last year. Cobb is seeing his targets become more spread out to guys like Davante Adams and Ty Montgomery. The Packers addition of Martellus Bennett and Lance Kendricks means more looks toward the tight end for Rodgers. Cobb doesn’t have much upside this season and has shown he cannot be a first option in an offense. He may make a nice bye week filler but spend your 8th-9th round pick on somebody who could potentially outperform their ADP.

WR​ Keenan Allen- After his rookie season, Allen has done nothing to be considered a 3rd-4th round fantasy draft pick. The Chargers have plenty of options in the passing game. Four players (T.Williams, Inman, Gates, Benjamin) went over 500 yards receiving last year and Melvin Gordon along with Hunter Henry figure to play a bigger role this season. Allen has a combined 8 touchdowns over the last 3 seasons combined compared to Michael Crabtree’s 21 touchdowns over that same time period. Crabtree can be had a few picks after Allen. Don’t reach on potential with Allen this season until he returns to his rookie season production.

WR​ Brandon Marshall- With the Jets, Marshall saw 173 targets two years ago and 128 targets this past season. Now with the Giants, Marshall will see his targets drop dramatically. Sterling Shepard saw only 105 receptions as the Giants second option. Factoring in targets for OBJ, Shepard, and Evan Engram make his 5th-6th round draft average too high.

RB ​Christian McCaffrey- The hype has made the cost just too high here. McCaffrey is being selected in the third round as a borderline RB1. While he may have a productive rookie season and give flex production, Jonathan Stewart still could see over half the carries and all the goal line work. Stewart’s 1,800 rushing yards and 15 touchdowns over the last seasons won’t be forgotten by the coaching staff. McCaffrey isn’t worth a third round pick until we see his workload and as of now he isn’t even the clear cut lead back.