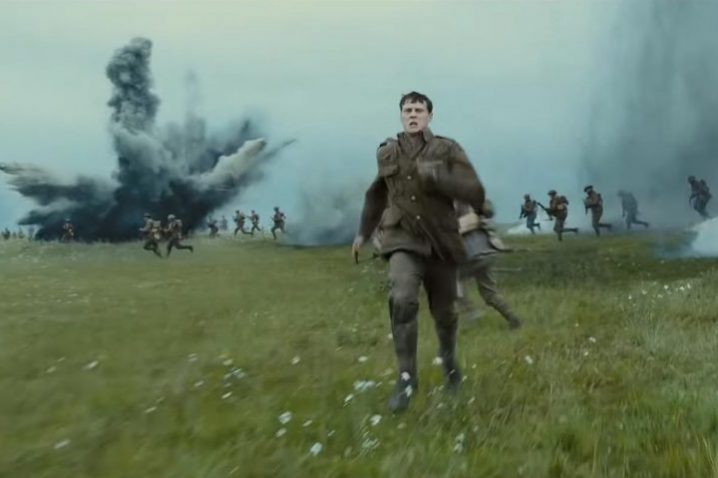 Movie review time, I’m giving everyone including myself a break from politics (well, mostly…)

So let’s go to the movies!

First, lets talk about 1917.  Here’s where politics slips in, because the Motion Picture Academy never disappoints.  For the last twenty years, they have reliably fucked up in who they nominated, and who they awarded (with the exception of LOR and Gladiator).

This year was no different.

Heaven forbid that they award a movie that isn’t all about class struggle, racism, etc… which was a damn shame, because it was without a doubt the best movie I’ve seen this year.

I hold a special place in my heart for the first world war, a place full of hate and loathing for the asshats that ran it, on all sides.  Probably the second most horrible conflict of post medieval times, (the Thirty Years War, 1618 to 1648 takes first honors there) It didn’t have to be fought, and if it was an inevitable fight (a position you can argue either side of) it surely didn’t have to be fought with as stupid of a mindset as both side’s leaders exhibited.

Every lesson learned by WWI had been learned first during the ACW and the Spanish American War, yet the dumbasses of the European High Commands failed to take those lessons to heart.  As a result, an entire generation died in the trenches.

This movie actually watered down the horror of the trenches slightly.  While it was brutal, and graphic, and showed some of the horror of the war, it wasn’t as graphic and in your face as, oh say, Private Ryan. (the Normandy beach scene was a real gut punch) Still, a fantastic film, and way worth the price of admission. Go, go now.  Five bullets and a hand grenade. The non sequitur of her handing a girl buddy a hair tie in the middle of the huge fight was just the sort of thing I imagine Harley doing… The introspective “who knew so many people hated me?  Ok, him I knew, yeah I deserved that, but who’s this guy and how did I piss in his Wheaties?” self-talk bit was Prime.

I’ve seen some of my fellows on the right that found huge fault with the movie as “man-bashing, ultra-feminist bullshit”… Me, I didn’t see it, they must have gone to a different movie than I did.  That or they went out of their way to look for offence to take.

Don’t look for offense, there are enough sons-a-bitches that are forcing that shit on you like a saleswoman at the perfume counter at Macy’s, you don’t need to go looking for it.

Go watch the movie.  Don’t pay full price for it, it’s not that great, but hey, if you have nothing else to do on a rainy afternoon, catch the flick… I give it three bullets.